I could mine this vein from now until the day I die and prolly WILL... for as the unnamed sage so wisely noted: "So many beers, so lil time."  Today it's a Leinenkugel Sunset Wheat... 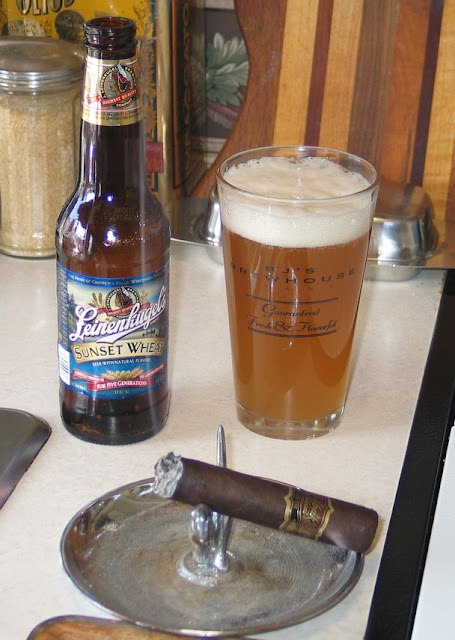 This weissbier is sweeter than most and that's not an entirely bad thing.  The characteristic that leaps out at you as you bring the glass to your lips is its nose, most commonly described by the readers at Beer Advocate as reminiscent of Froot Loops or Fruity Pebbles.  That might be off-putting to some beer drinkers but it pleases me... today.  Tomorrow might be an entirely different story.
Today's cigar is a Drew Estate Tabac Especial Red Eye, which is rapidly becoming the cigar of choice here at El Casa Móvil De Pennington.  Well, one of the cigars of choice, anyhoo.  We're still quite partial to the Acid Deep Dish.
Speaking of...  I bought myself a box of Deep Dishes for Christmas and that box remains largely untouched, as I'm engaged in a lil experiment.  I read somewhere that aging a cigar has much the same effect as aging fine wine... as in "the older, the better."  That presupposes you keep the cigars properly humidified, of course, which I'm doing.  So, we pulled one of the now three-month old Deep Dishes out of the humidor yesterday, fired it up, and I couldn't tell if it was any better or not.  There may be two things in play here: (1) I haven't given the cigars enough time to age properly or (2) I just don't have an educated palate.  As far as (1) goes... I'm not sure if I have the will power to let the cigars age for a year or more.  And there ain't no fixin' (2).  It is what it is.
―:☺:― 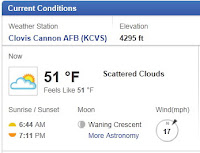 We're taking today's Happy Hour indoors as it's not a nice day outside.  What the hell happened to Spring, anyway?  I suppose I shouldn't bitch, as some of you Gentle Readers have had snow in the last day or three.  That said, the recent good weather (read as: temps in the 80s) left me somewhat spoiled and not very tolerant of our 51 degree temperature, as we speak.  We'll be back to normal in a day or two, though.
―:☺:―
Here's my next musical purchase: 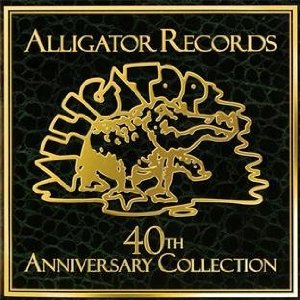 From one of the reviews at Amazon:

Alligator Records celebrates its 40th anniversary in 2011 with the release of The Alligator Records 40th Anniversary Collection. The 2-CD set clearly lays out Iglauer's wide-ranging blues vision. From the ragged glory of Hound Dog Taylor to the raw Chicago blues of Koko Taylor, Son Seals, Lil' Ed & The Blues Imperials, Lonnie Brooks and Eddy Clearwater to the harmonica workouts of Charlie Musselwhite, William Clarke, James Cotton and Rick Estrin to the guitar pyrotechnics of Guitar Shorty, Albert Collins, Johnny Winter, Michael "Iron Man" Burks and Tinsley Ellis to the front porch roots-rock of JJ Grey & Mofro to the gospel soul of Mavis Staples, the one constant is Alligator's dedication to releasing what has been dubbed "Genuine Houserockin' Music."

From the early days of recording only Chicago blues artists to the addition of national and international artists to the label's commitment to younger roots acts who are creating new blues for a new millennium, Alligator continues to forge ahead. Even after 40 years, Alligator is committed to discovering great new talent, proving that the passion, soul and redemptive power of blues and roots music is alive, well and genuine, capable of rocking the house for many more years to come.