I originally put this up back in February of 2006; I edited the Hell out of it for this post.


Some Thoughts on Love Wimmen and Me

Joni Mitchell may have said it best when she sang:

I've looked at love from both sides now
From give and take, and still somehow
It's love's illusions I recall
I really don't know love at all


My memories of my first puppy love are strong. Her name was Pam, she lived next door, and I spent the best part of a summer (read that: the entire summer) mooning over her. My affections were returned, at first, but then the girl got more than a little scared of my intensity. She withdrew. I didn’t. Both sets of parents were concerned about this infatuation; my behavior made life uncomfortable for all concerned. I was a mere lad of thirteen at the time; the year was 1958. My love was never consummated in any way, shape, or form. All I got out of my feelings was a boatload of trouble and I mean a boatload. My first lesson at love’s altar: Love Hurts. But Puppy Love isn’t love, now, is it? 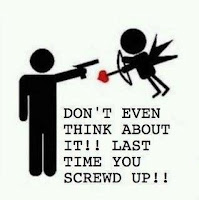 Fast forward to the early 70s, to the time where I think I was in love. I’m still not sure, after all these years, which is why I say “I think I was in love.” What a sordid affair that was: we were both married, but not to each other. My first marriage was foundering and I was on my way out of it; I just couldn’t summon up the nerve to go, mainly because I had severe guilt feelings where my children were concerned. I had been decidedly unhappy for several years but I couldn’t bring myself to pull the trigger; my “keep it together for the kids” feelings overpowered any desire I had to leave. But then came that affair. The affair accelerated the end of my marriage, I made up my mind to go. The affair lasted nearly two years, and it was an “on-again, off-again” sort of relationship. We never spent a lot of time together, not near enough to develop a relationship that would stand up over time. Our time together was measured in hours, and we nearly always got together for “that” reason. The sex was great, perhaps the best I ever had; certainly the second-best.

So why do I call this affair “love,” and not the all-too-obvious alternative, lust? The woman made me feel things I had never felt up to that point in my life, and would only ever feel once again. I was obsessed with the woman. I wanted to be with her all the time, forever. I tried to talk her into marrying me. I think she was quite a bit wiser than I because she ultimately rejected me and stayed with her husband... for a couple of years, anyway. She ultimately left him and remarried. Her second marriage failed, too. I have no reason to believe we would have stayed together, had we married. As I said, she was wiser than I. 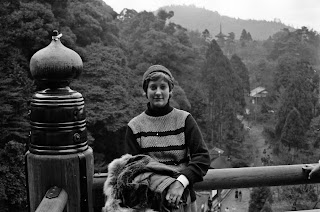 I met the love of my life in 1975, in Tokyo. She was an exchange student; I was stationed at Yokota AB. There were 11 years in between us, she was 19 when we met and I was 30. We traveled Japan together, partied together, lived together for a little under a year while in Japan, and again for a summer in North Dakota. We had an extended, three-year courtship, marrying in 1978. She left me in 1998, the divorce was final in 1999. In the mean time, we had 20 mostly good years of married life, and I say “mostly” only because the last six months were absolute-frickin’-HELL. Other than that, I was happier than I’d ever been, before or since. So, what happened? Love went missing... not on my part, mind you, but on hers. (Chase that link. Best essay on the subject I’ve EVER read.)

I used to carry a huge flaming torch for The Second Mrs. Pennington.  I spent a lot o' time trying to change that and I've kinda-sorta succeeded, to a point.   I’ve finally learned to live with it at the very least, and that ain't half-bad.  Part and parcel of the learning process is the realization that there’s no going back, even if I could.  Another part is realizing that I don't much LIKE that woman any longer; her life changes have taken her places I simply do not want to go.  We don't get on very well these days.

As Gerard said at the "Love went missing" link:

Once gone missing, for whatever reason, it can't be just taken back as it was even if it is found. For if love gone missing is found and returns, it always remains a shattered vessel.

Yes, I know that in the endless bromides of our modern Therapeutic State Religion one is supposed to find the heart, the mercy and the compassion and the patience to pick up every little shard of what has been shattered and, with our ample supplies of therapeutic superglue, painfully and tediously put it all back together as it was. Except, of course, it can never be what it was.

The man speaks The Truth. (Again: chase that link.)

I’ve dated more than a few women since my divorce and have lived with two. I’ve been open to love. But, love is strange, to invoke a well-worn cliché... and here's another: you don’t choose love, it chooses you. I have serious doubts if love will ever again “choose” me, and that’s OK. I’ve been around that block at least once, maybe twice, and the experience and memories from those times are enough to see me through until the end.  If I had the power to change the past I would have chosen to remain in love, as I knew it.  Which means...

Email ThisBlogThis!Share to TwitterShare to FacebookShare to Pinterest
Labels: Sex and Wimmen