Low But NOT Slow 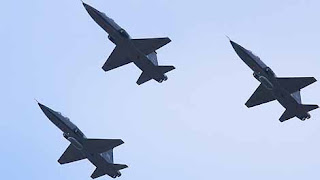 Too-Low Flyover Draws Referee's Flag: Maj. Christopher Kopacek, a 25th Flying Training Squadron pilot at Vance, AFB, Okla., has received nonjudicial punishment under the Uniform Code of Military Justice for violating altitude and speed restrictions when he led a four-ship of T-38s that overflew a University of Iowa football game in Iowa City last November. Kopacek is separating from the Air Force of his own accord, according to a release Wednesday from Vance's 71st Flying Training Wing. "While I understand that fans attending the game enjoyed the flyover, rules are in place to ensure everyone's safety," said Col. Russell Mack, 71st FTW commander. He added, "[T]his was a serious breach of flight discipline and it was necessary to take administrative action." Among the violations, the wing's command-directed investigation found that the pilots flew only 16 feet above the stadium's press box when the minimum height difference for a flyover is supposed to be 1,000 feet.

I have mixed emotions about this.  First: An Article 15 seems pretty harsh when a letter of reprimand or even a "What the HELL do you think you were doing?" appearance on the carpet might have sufficed.  But perhaps there are other reasons for the NJP (prior offenses, piss-poor attitude or performance, yadda, yadda) and that's usually the case.  Sceond:  Sixteen feet?  Damn!  THAT must have been LOUD!  Third:  The major is voluntarily separating?  While probably true in the literal sense, the man had no choice as his career is OVER.  No O-5 for YOU, Sir.  I suppose this is how airline pilots are made...

And there's video (source), too: