A-10 Attacks Libyan Ships: The A-10, known for its prowess as an attack platform against enemy land forces, took on a different role this week in supporting coalition operations against Libyan leader Muammar Qaddafi's forces. An A-10 engaged two small Libyan watercraft in the Libyan port of Misurata, US Africa Command officials announced Tuesday. The Libyan craft, operating with a Libyan coast guard vessel, were indiscriminately firing upon merchant vessels in the port on Monday, prompting coalition response. A Navy P-3C maritime patrol aircraft engaged the coast guard vessel with AGM-65F Maverick missiles, rendering it ineffective and forcing the Libyans to beach it. Meanwhile, the A-10 fired upon the two small craft with its 30mm Gatling gun, destroying one and forcing the Libyans to abandon the other, according to AFRICOM. The A-10 is one of the most recent aircraft additions to the coalition's quiver in Operation Odyssey Dawn. (AFRICOM release)

Well, if you happened to be a Libyan coastie the LAST thing you'd wanna see would be this...
Coz it really would be the last thing you ever saw.  Better vid:
The Warthog can kill bad guys in many different ways, but it's that gun that truly terrifies 'em. 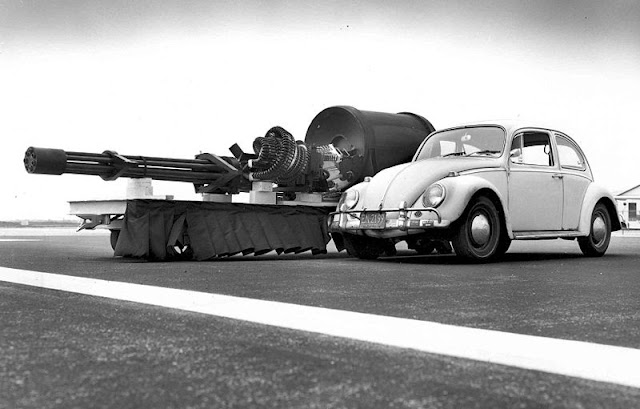