Nice shot of a Bone on its way out from Ellsworth (as captioned in today's AFA Daily Report): 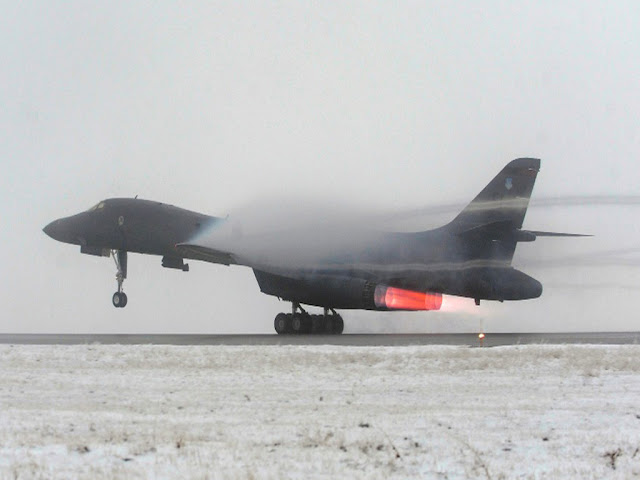 Prioritizing Quality of Life: The continuing resolution—and corresponding lack of an enacted defense appropriations bill for Fiscal 2011—is the No. 1 issue on airmen's minds today, CMSAF James Roy told House lawmakers Wednesday. "Our men and women are deployed to foxholes around the world, yet we are dangling this [CR] in front of them, saying we may or may not be able to pay you," Roy told the House Appropriations Committee's military construction and veterans affairs panel. From a policy perspective, the top three quality-of-life issues that have captured senior leaders' attention are building a culture of resiliency among airmen and their families, continuous support for those that deploy, and upgrading the Air Force's exceptional family member program, Roy said. "The quality of life of airmen and their families is an overwhelming factor in how long they will serve," he said.

CMSAF Roy's testimony is exactly on point about payin' the troops and I hope the congress takes his words to heart.  It would be no trouble at all for Congress to craft a CR for DoD and continue to play games with the rest of the budget.  One word of caution though.  I wouldn't get too sanctimonious about Air Force "quality of life" issues if I were the Chief.  There's already too much of this shit floating around: 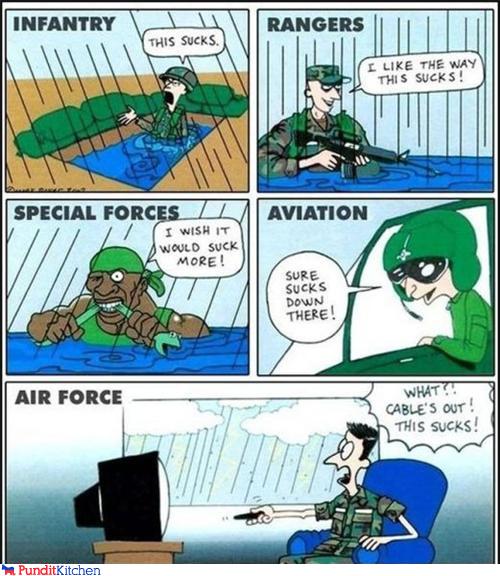