Limbaugh is reading an editorial by Gary Hubbell that appeared in the February 9th edition of the Aspen Times Weekly, so this is old news. Still and even, old or not…there’s a lot of truth in that, eh? If you disagree, I’d like to hear about it…with an emphasis on “why.” If you have the time and inclination, of course.

I wouldn’t call myself an Angry White But I am disturbed at the way things are going in this country, so I most definitely relate to the sentiments in Mr. Hubbell’s piece.

I posted about Blogger Play at some point in the distant past (“distant past” being in blogging terms, not in real life), but I’m danged if I can find it. What it is, aside from being a serious time-waster, is a random selection of photos posted on some of the millions of blogs hosted on Blogger. You’ll see some real gems from time to time, and the cool thing is you can stop the slide-show, back it up, or fast forward. Check it out if you haven’t already. Make sure you have some time to spare coz you might be there for a while…

This is useful, in that geeky sort of way that floats MY boat: Country Codes of the World. Most are intuitive, a few are not. You can zoom the illustration, as well. Yet another time-waster, if you want it to be. Or not.

(h/t: Will, at MS-NBC’s Clicked…which is another cool time-waster in itself.) 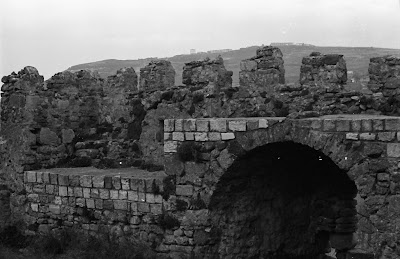 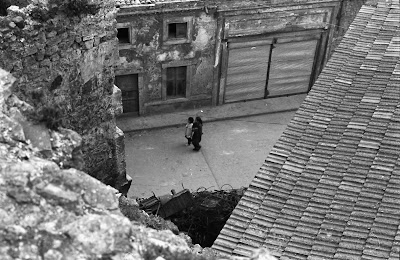 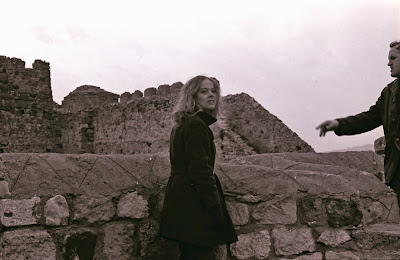 Today’s Pics: More from The Wall. No, not that wall…the one I posted yesterday. The one on ’s beautiful coast. The first pic is taken standing upon the most ancient of fortifications while looking north at the most modern of fortifications…of a sort, and at the time. These modern fortifications, and those like them, endure only in our memories and in certain places on these here inter-tubes, which may or may not be permanent in nature. One hopes, and all… but still. One never knows. I use the term “fortification” when referring to the monitoring site in the sense we were sentinels on the far-flung walls that bordered the Evil Empire. The work was quite serious, and we took it seriously... as all sentinels throughout time have done.

The second pic was taken from the wall looking down upon a Sinop city street. You’ll note a modern tiled roof that apparently extends out directly from the wall I’m standing upon. One of the more interesting things about this ancient wall…which exceeded ten feet in thickness, in places… was the fact the Turks built modern homes and businesses directly into the wall. Some of the residences were mere hovels that consisted of hollowed-out spaces in the wall, converted to living quarters of a sort. Other buildings used the city wall as one of four walls for the new building… always the rear wall, for obvious reasons… and some of those buildings were two or more stories high.

And the third pic? Just your standard yet gratuitous “pretty girl” pic that happens to fit in with the current meme. You’re welcome.

Email ThisBlogThis!Share to TwitterShare to FacebookShare to Pinterest
Labels: Sinop