I am usually quite proud of being a conservative. I know in my heart that the only way to enjoying liberty under the law AND equality of justice is through the application of conservative principles to government and society. And I am usually proud of the rational, reasonable basis on which most conservatives see the world and evaluate people and events.

That’s why it embarrasses me to no end to see fellow conservatives who actually believe that Barack Obama is some kind of “Manchurian Candidate” sent by Muslims to undermine American society. Or that Obama is a closet Muslim just waiting to take power before unmasking himself. Or perhaps most bizarrely, since Obama was born to a Muslim father, he is a Muslim whether he wants to be or not and that Muslims elsewhere will not let him forget his heritage.

There are other permutations to this theme involving Obama’s middle name of Hussein which to some of my fellow conservatives is a dead giveaway that he is Muslim. And there are no end of theories, rumors, tall tales, and outright lies about Obama’s Muslim childhood spent at this madrass (sic) or that mosque which “proves” him to be a son of Islam.

And that’s why I find charges that Obama is some kind of closet Muslim so absurd. The candidate may have been trained as a grass roots organizer using the playbook written by radical Saul Alinsky. And he may have been involved in radical lefist politics early in his career. But a man who has so carefully crafted a political resume by conveniently being absent for key votes or voting “Present” on controversial bills – all the better to obscure how far left his politics go or what his true politics are – it is not beyond imagining that whatever his religious beliefs, they are calculated to effortlessly merge with the rest of this image Obama is presenting to the world. There is no room for Islam in this image nor is there anything in the public record that would indicate Obama has even given his Muslim heritage – if indeed his father was a member of the Islamic faith – a second thought as an adult.

Read the whole thing. As Moran and many others… including YrHmblScrb… have noted, there are many reasons to disagree with Senator Obama, and no lack of reasons why he shouldn’t be the next Commander-in-Chief. His middle name and his parentage ain’t part of ‘em. 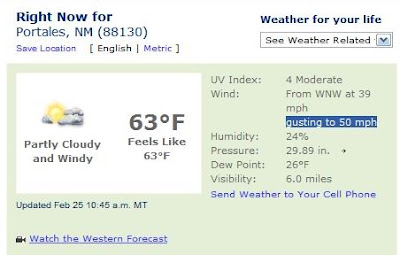 More of the same. And it’s getting tiresome, Gentle Reader. 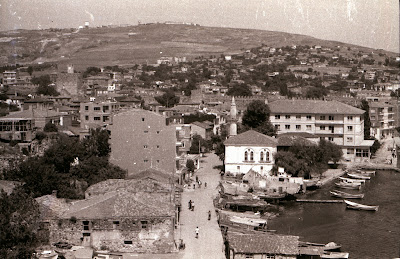 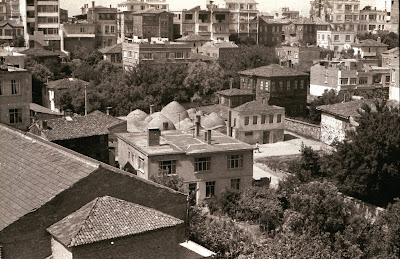 Today’s Pics: More from Sinop. Today... street scenes, and both shots were taken from the city wall once again. The conical objects in the second picture are part of the town’s hammam, which I never visited. Kinda strange, that, since I loved the public baths in and visited them often. But…the public baths in are quite different than their Japanese counterparts. Or so I’ve heard.

Back in a bit. I was up waaay too late, yet again. Sometimes it bees like that.