At a Loss for Something to Do This Afternoon? 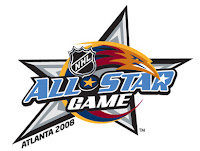 Well, then...there's this. Kicks off in about an hour and 45 minutes on the Versus network, which most cable companies carry. Or so I'm told.

You won't see any fights...but you WILL see a lot of goals, a lot of pretty plays, and the world's BEST hockey players, bar none. Including...


On defense, Red wings blueliner Nicklas Lidstrom, a five-time Norris Trophy winner as the league's best defenseman, will make his 10th All-Star Game appearance. The 37-year-old Lidstrom leads all NHL rearguards with 46 points and is also first in the league amongst all players with a plus-40 rating. 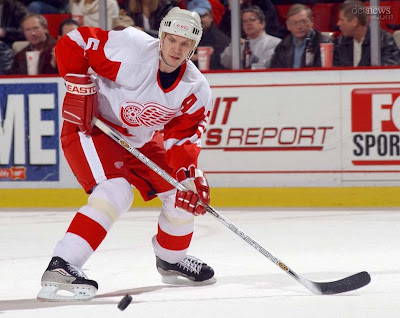 I'll be there with lotsa beer (there's no Labatts in the house, unfortunately... but note the splash screen at the web site. Cool, eh?) and popcorn. One could do a lot worse where Sunday afternoon teevee's concerned.
Committed to the Inter-tubes by Buck on 1/27/2008 02:17:00 PM