I saw this item yesterday and considered blogging about it, what with my past association with all things Detroit…including the car biz… but couldn’t find the appropriate “voice” to adequately express myself. This morning I find Scott Ott has the perfect take:

FOR SALE: Used Chrysler, 82 yrs old, recently owned by German family for rec use only. Carries 80,000 passengers plus heavy union baggage. Some rust. Runs. Bought 9 yrs ago at $36 billion. U can own it today at $7.4 billion OBO. Act now and we’ll throw in $18 billion in long-term liabilities, no extra charge. Ask for Dieter

OK, hindsight is 20-20, but when Daimler acquired Chrysler I thought “there’s no way this is gonna work.” Among other things, which I won’t mention here. But Dang! Losing 28-plus billion dollars? I suppose one has to cut one’s losses, but still…

And “heavy union baggage.” There’s certainly a lot in those three lil words. Anyone who’s ever had to work within or around the UAW understands.

So…Ed Morrissey is commenting on the latest Gallup survey that puts Congressional approval ratings at an embarrassing 29%, or four points down on Dubya’s approval rating. Captain Ed comes to the following conclusion:

The Democrats had better start producing something other than sound bites if they want to hang onto their majorities in 2008. The electorate has already grown tired of posturing, and their patience has run out on partisan games. We're now at Day 100 for funding the troops, arguably the highest priority in national security, and we still don't have a supplemental bill that can reach a broad consensus. We have no movement on the Democrats' own agenda. It's possibly the worst do-nothing Congress in memory -- and the people have noticed.

There could be multiple reasons behind why Democrats are dissatisfied, e.g., failure to cut off funds for the war right now…for one. And Republicans could also be dissatisfied for multiple reasons, too, not the least of which just might be the waffling and CYA activities of a few Congress-critters with an (R) after their names. Or the spending. Or the impasse on the supplemental appropriation. Or the lack of movement on immigration. I could go on, but I like Jules Crittenden’s take on this latest poll:

Under governance-by-poll rules, the majority party of Congress is now required to resign enmasse. Or impeach itself. Or do whatever George Bush wants it to do. Something like that.

Or shoot themselves and put us all out of our misery. I want a “do-over,” and having to wait until 2008 is just too frickin’ long. I wanna say just one more thing while I’m in serious ramble-mode, and that’s this: While Congress is pretty high on my sh!t-list, there’s one group that’s higher, and that would be those Republicans who stayed home last November to “send a message.” Thanks, idiots. I hope you’re happy with the results…

Hockey update… Buffalo lost last night, 1-0…and are now in a 3-0 hole to . The teams are more evenly matched than a 3-0 series lead might indicate. But…it is what it is. Historically, only two teams out of 150 that were down in a play-off series 3-0 came back to win…the 1942 Toronto Maple Leafs and the 1975 New York Islanders. Winning four games…in a row…in the play-offs is danged hard. I don’t think is up to it.

Who’d a thunk it? 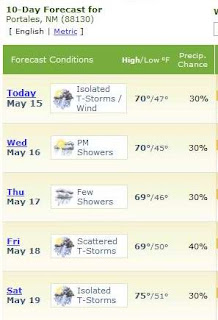 Weather update… If I were scheduled to leave on my trip today…I wouldn’t. High winds (already here) and thunderstorms (forecasted) are the reasons. And it’s chilly, too. Not chilly enough to qualify as “cold,” but chilly enough for a light jacket if you’re out walking around, and a lot more than that if one were to be astride a bike motoring down the highway. Things aren’t looking any better for the rest of this week, either. Just take a quick glance to your right. I’m thinking about delaying departure until Friday…but that’s the most I can wait.