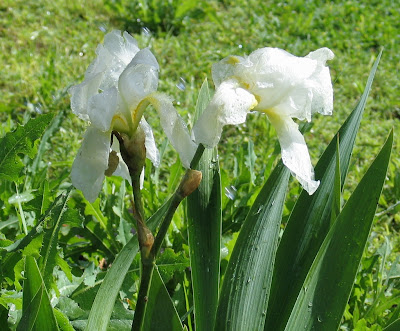 Another One Bites the Dust… Initially reported yesterday, but today’s NYT has an extensive article about the killing of Mullah Dadullah.
KANDAHAR, Afghanistan, May 13 — The man who probably was the Taliban’s foremost operational commander, Mullah Dadullah, was killed in a joint operation by Afghan security forces, American forces and NATO troops in Helmand Province, Governor Asadullah Khaled of the neighboring Kandahar Province said Sunday.
Mullah Dadullah’s body was displayed for journalists on Sunday morning in this southern Afghan city. The NATO force in confirmed his death in a statement issued in , saying that American troops had led the operation. There were various reports of the actual circumstances and day of the death.
Mullah Dadullah was one of the most wanted Taliban leaders, close to the leader Mullah Muhammad Omar, and with links to Al Qaeda, and was probably the most important operational commander.
It’s been noted elsewhere (correctly) that leaders can and will be replaced, so this loss will have no long-term strategic effect. While the former is certainly true, I have my doubts about the latter…especially when the Dear Departed was as ruthless and effective as Dadullah was purported to be. One of the classic functions of leadership is to find, develop, and exploit “good people.” I use the scare quotes because the terrorist/insurgent biz certainly has a different take on what the term “good people” means. None the less, Dadullah won’t be recruiting and developing more Taliban fighters “in his image,” so to speak. And that’s a good thing.
Paul Bremer, former head of the Coalition Provisional Authority in , wrote an extensive editorial in yesterday’s WaPo. The lede:
Once conventional wisdom congeals, even facts can't shake it loose. These days, everyone "knows" that the Coalition Provisional Authority made two disastrous decisions at the beginning of the occupation of : to vengefully drive members of the Baath Party from public life and to recklessly disband the Iraqi army. The most recent example is former CIA chief George J. Tenet, whose new memoir pillories me for those decisions (even though I don't recall his ever objecting to either call during our numerous conversations in my 14 months leading the CPA). Similar charges are unquestioningly repeated in books and articles. Looking for a neat, simple explanation for our current problems in , pundits argue that these two steps alienated the formerly ruling Sunnis, created a pool of angry rebels-in-waiting and sparked the insurgency that's raging today. The conventional wisdom is as firm here as it gets. It's also dead wrong.
[…]
I'll admit that I've grown weary of being a punching bag over these decisions -- particularly from critics who've never spent time in , don't understand its complexities and can't explain what we should have done differently. These two sensible and moral calls did not create today's insurgency. Intelligence material we discovered after the war began showed that Hussein's security forces had long planned to wage such a revolt.
Bremer makes some good points and provides an “on-the-ground, in the trenches” perspective on the two decisions that have drawn the most flack from war critics. While the usual advice about taking something… anything, everything … with a grain of salt applies, the background and circumstances detailed by Bremer ring true, at least to my ears. Your mileage may vary, of course.
Your hockey update…The Wings lose in overtime last night, 4-3. The bottom line: it could have been anyone’s game. Both teams played well, played hard, and provided an exciting and thrilling game. You couldn’t ask for much more out of a hockey game…the only down-side was the final outcome.
The Wings were out-shot again last night (33-27 overall and 7-2 in the overtime period), but not by as wide a margin as in Game One. Still and even, needs to work on their offense. It’s not all that bad at the moment, but it ain’t all that good, either. You can’t win a late-round play-off series without scoring even-strength goals…something isn’t doing. The special teams scored all three of last night’s goals— two on the power-play and one short-handed. Power-play goals are essential to success, but even-strength goals are much more important. Fix this problem and the Wings will be in the Finals. If they don’t…well, I don’t want to talk about that.
The series continues tomorrow night in ; tonight it’s the Sens – Sabres, in . I don’t really have a dog in that fight, but I suppose I should be pulling for . After all, I lived in that part of the world for four years.
Today’s Pic: The single iris in the flower bed outside my door has added a second bloom. And the flowers are looking decidedly down-in-the-mouth in this picture, but that’s only because they’re water-logged after being heavily sprinkled for about three hours before I took the shot. If you view the larger image you’ll see water droplets suspended in mid-flight. I think that’s kinda cool. But then, I’m easily amused.
Yesterday. P-Town.
Committed to the Inter-tubes by Buck on 5/14/2007 11:18:00 AM