Putting Our Wind to Use 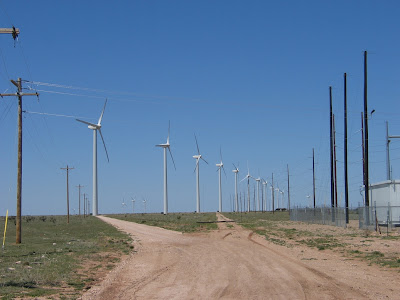 Today’s Pics: Yesterday was the first time I’d been up San Jon way in about two years or so. Normally there’s little or no reason for me to head in that direction as there are other, more direct routes to places I want to be, such as ABQ or . So it was with a great deal of surprise I noted the “sudden” emergence of a large-scale wind farm right there on the edge of The Cap. 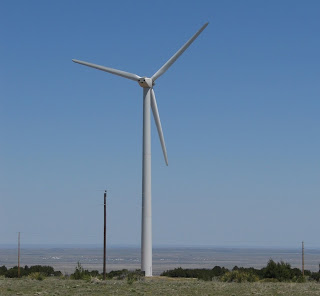 “Large-scale” means there are perhaps 50 of these towering wind generators…which is my best guess, as I didn’t do an actual count. Construction is continuing, also. I noted several large cranes in the area and more wind generators in the process of rising above the plains.

Actually, I’m a bit surprised the installation didn’t begin sooner, as there are few better locations in the US of A for a wind-farm. We DO have a lot of wind in this part of the world…to state the obvious.

Yesterday, near San Jon…which is visible five miles in the distance in the second pic.