A Little Culcha and the Usual Rants... 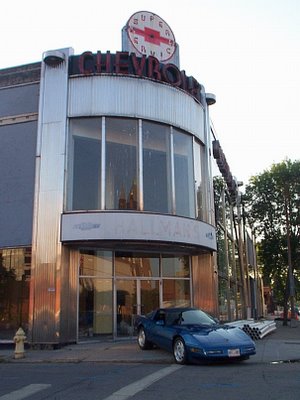 Time for a lil culture commentary in the form of “commercials I hate.” The last ad I ranted about was that supremely irritating “Head On” ad, with its obnoxious, thrice-repeated female voice over. But…it’s only irritating. This ad from Ford, however, hits me where I live and goes beyond irritating into the realm of cultural impact. Have you seen it?

I’m not the only one that’s upset. The Family Scholars Blog has this to say:

‘Course the whole thing is “good divorce” fantasy. Mom and dad split up but still take the kids to the beach and the farmer’s stand. The only note from the child’s point of view is the telling (and surprisingly accurate) look of apprehension on the son’s face right before they drop off dad. I wonder, is Ford trying to reach divorced moms with this ad? Perhaps. But I think the viewers even more susceptible to it might be moms who imagine themselves unhappily married and fantasize that a “good divorce” will make it all better. And Ford understands!

Well, that and the “mainstreaming” of divorce. It’s acceptable these days…Hell, it might even be better than staying married, ya know? That woman driving doesn’t look all that unhappy, and Dad? Well, he’s just grateful Mom “invited him this weekend.” So, damn the impact on the kids. Damn the impact on either Mom or Dad, whichever one didn’t want the divorce, and I submit that most divorces involve one party that is less than thrilled at the thought of the emotional and/or financial devastation divorce brings.

I understand reality. I understand 50% of American marriages end in divorce. I understand “when love goes missing,” and I know not every marriage can be saved. I don’t understand why a frickin’ car company would use an all-too-common modern-day tragedy to flog their products. I can’t imagine the focus group that nodded appreciatively when shown this ad, and I can’t imagine any executive with just the normal amount of common sense approving the ad for broadcast. If this ad, with its “sensitive” depiction of a divorced couple, tips just one family into divorce court then Ford has done the country a major disservice.

Good News out of … Muslims & Christians In Iraq Join to Renounce Violence! Hopeful, indeed. The Anchoress takes issue with one line in the news release:

I’m troubled by this line, though: What is needed now is an international agreement to punish all who insult God’s religions.

I would say what we need now is an understanding by all of God’s religions that God is big enough to take an insult and can deal with insults quite justly without our bloody intercessions.

Still, overall, this statement is a step in the right direction - it’s a damn sight better than much of the rhetoric we have been hearing from Islamists.

Both posts are worth the read.

In a comment to one of yesterday’s posts, Laurie mentioned she had heard Glenn Beck discussing Ahmadinejad’s speech to the UN on Beck’s radio show. Beck mentioned he didn’t really want to talk about it, but he had to because no one else was. Well, Confederate Yankee had thoughts in the same vein, but arrives at an interesting conclusion.

A striking bit of journalistic malpractice seems to have affected the mainstream media web sites this morning, as news site after news site failed to provide their readers with the transcript of Iranian President Mahmoud Ahmadinejad speech last night to the United Nations.

As of noon at ABC News, it is as if Ahmadinejad never spoke, as their was no reference to his address in front of the United Nations on their Web site’s front page, and is notably absent from the headlines of their political section as well. I had to search Google News to find this report on their site, which did not link to the transcript, nor provide Ahmadinejad's closing remarks.

Likewise, Ahmadinejad’s speech was not easily found on the CBS News site, and when an article was found buried below the fold of their International news section, their story, as well, did not provide a transcript nor a summation of his closing remarks.

I submit that if the media covered Ahmadinejad's full remarks including the religious references that they clearly and cleverly omitted, then they would have to confront the scope of the clear and present danger that the Iranian regime presents to the rest of the world. Admitting this danger goes against the carefully crafted narrative that they have led themselves to believe, a narrative that they have passed along to their readers and viewers that the United States and Israel are the root causes of problems in the Middle East.

I don’t believe there’s an international media conspiracy at work in this case, but I DO believe there’s such a thing as media “groupthink” and that phenomenon influences what is considered “news” and how that news is reported. CY has a valid point, in that the media—personified by the AP, the NYT, the Beeb, Reuters, and so on—considers the to be the problem, not . There are none so blind as those that will not see. Troubling times, these.

Sign o’ the times? SN1 bought not one, but two new cars yesterday… a Chevy Cobalt for granddaughter Natasha and a Chevy Avalanche pickup for hisownself. Natasha’s Neon was on its last legs and had previously undetected damage from an accident (not her fault) last year, so replacement was a matter of safety. SN1 traded off his 300+ hp Silverado pickup for something that gets better mileage, i.e., the Avalanche. The recent surge in gas prices meant SN1 was dropping around $300.00 per month on fuel, and that’s a bunch. I wonder how many others are in the same boat?

Just as a side-note… SN1 buys American, and I’m proud of that fact. The whole family gets the GM employee discount due to the fact I’m a retired EDS’er, formerly a GM company and now a GM supplier. The discount isn’t anything to sniff at, but SN1 is the only one in the family using it, and use it he does: at least four times in the past two years! I haven’t used the discount since I left EDS, but then again, I’m a “buy and hold” kinda guy when it comes to cars. The Green Hornet will be six years old next month…

Today’s Pic: My favorite car purchased using that aforementioned GM discount, pictured outside a 30s-era Art Deco Chevy dealership in . That beautiful building was being torn down to make way for condos. What a shame. July, 1999.