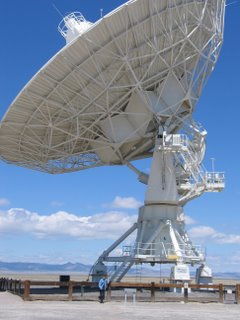 — Today the Navy holsters the F-14 Tomcat, the top gun in its Cold War arsenal and one of the most recognizable warplanes in history.

"There's something about the way an F-14 looks, something about the way it carries itself," says Adm. Michael Mullen, chief of naval operations, the Navy's top officer. "It screams toughness. Look down on a carrier flight deck and see one of them sitting there, and you just know, there's a fighter plane. I really believe the Tomcat will be remembered in much the same way as other legendary aircraft, like the Corsair, the Mustang and the Spitfire."

A monument at Oceana Naval Air Station will be dedicated to the 69 Tomcat crewmembers killed while flying the jet, says retired rear admiral Fred Lewis, chairman of the Tomcat Sunset Committee, a non-profit group established to organize farewell ceremonies for the F-14.

"That's the risk we all accepted when we flew the plane," Lewis says.

The only other country flying F-14s after today will be , Pike says. Starved for spare parts, the Iranians struggle to keep the jets in flight.

Smuggled parts will be even harder to come by after the Navy retires the Tomcat.

"Nobody will be sorrier to see them go than the ayatollahs," Pike says.

The F-14 was pretty cool, definitely. It’s very strange that now becomes the sole nation operating the aircraft, but, as noted above, they probably won’t operate them for long. And that’s a good thing.

Yesterday’s big news was the compromise reached between the White House and Republican “Mavericks” on detainee interrogations, etc. The usual suspects are hyperventilating about the deal, as are The Highly Principled Lefty Blogs. There is some calm and reasoned comment available, however. Ronald Cass, Dean Emeritus of , in his essay “Law and War: Competing Visions,” clearly delineates the competing arguments and the critical distinctions between President Bush’s positions and those of his critics. Quotes:

Our national debate over treatment of terrorists and terror suspects captured abroad, playing daily now in Congress and in the press, is fundamentally a clash between two different visions of law.

On one side of the debate is President Bush, who as Commander in Chief is charged with protecting the lives of American citizens. The other side, in addition to the usual array of Democrats, has included three Senators from the President’s own party, John McCain, John Warner, and Lindsay Graham.

Domestic law is, by its very nature, coercive. Individuals can, by the power of the state, be forced to obey the law at risk of loss of liberty, property, or both. The sacrifice of personal autonomy that allows this is justified by the fidelity of those who make and enforce the rules to principles of limited power, legitimacy in law-creation, predictable and impartial enforcement, and respect for liberty. That is the essence of the rule of law.

International law, in contrast, typically lacks any true enforcement mechanism. That fact changes both its meaning and its purpose.

Because it is not backed by coercive authority, government officials can, on behalf of their nations, sign agreements they have no intention of living up to. Look at the list of humanitarian agreements signed by Stalin’s or Idi Amin’s , or the non-aggression pact between Stalin and Hitler – the list of examples is endless. These agreements are political, not legal in the usual sense of the term.

The current debate over treatment of al-Qaeda partisans captured abroad reveals two different visions of the law. The first group (led by President Bush) sees the law as subordinate to a conflict between good and evil. It can set limits to what we’ll do to combat evil, but those limits must reflect our own interests. The second group (opposing the President), seeing law in more universal terms, wants to treat the terrorists essentially like citizens charged with crimes – giving them similar protections against government over-reaching, similar presumptions of innocence and fair play.

The opposing position is that should play by the rules of international law, as set forth in the Geneva Conventions. We should behave as if the law is clear and binding, and we should set standards that we want applied to our soldiers by our enemies. This approach has attracted an odd coalition of those concerned about treatment of captured American soldiers, civil libertarians worried about weakening rights for Americans accused of crime, and hug-a-terrorist liberals who think that playing nice brings out the best in everyone.

Dr. Cass concludes that we shouldn’t make self-destructive choices. One would think that common sense would prevail in cases like this, but unfortunately common sense just isn’t all that common. Especially these days, and especially in the Congress.

WASHINGTON (CNN) -- Two of President Bush's staunchest domestic critics leapt to his defense Thursday, a day after one of his fiercest foreign foes called him "the devil" in a scorching speech before the United Nations.

House Minority Leader Nancy Pelosi, D-California, was blunt in her criticism of the Venezuelan leader. "He is an everyday thug," she said.

It’s nice to see the Dems haven’t completely lost their bearings, at least for a brief moment in time. Good on ‘em.

Today’s Pic: I posted a shot of the VLA antenna farm the other day. You may or may not realize just how big those antennae really are. Well, now you know. That’s me by the antenna, just for scale. And the amazing thing? Those antennae are shuttled about on rails to change the configuration of the array. Amazing stuff.