From the Detroit News:

Sgt. Robert P. Kassin, 29, who grew up in , died Sunday near Larzab () when his platoon came under enemy fire. He was assigned to the 2nd Battalion, 4th Infantry Regiment, 4th Brigade Combat Team, 10th Mountain Division,

I attended Sgt. Kassin’s memorial service this afternoon over in the Big(ger)TM City. Although I never met Sgt. Kassin, I knew him. I say this because after listening to the eulogies given by family, friends, and his minister, I realize Sgt. Kassin is just like the hundreds, and quite possibly thousands, of other dedicated and patriotic soldiers, sailors, airmen, and Marines I have had the privilege of knowing throughout my life. Most of the military people I’ve known were professionals, which is to say, folks that made the military their career. Sgt. Kassin was a career soldier, and as noted by nearly every eulogy, he died doing what he loved. His mother made that one of the central points of her tribute. All in all, very moving.

The in was overflowing with mourners. The presidents of the Rio Grande Valley Chapter of the Blue Star Mothers and the New Mexico Gold Star Mothers also were in attendence and presented Sgt. Kassin’s mother with a Gold Star flag and various other condolences. The Patriot Guard Riders came in from (and quite a few other places) to provide a 50+ motorcycle (and four cars) procession in his honor; the Clovis Police Department provided an escort for the cavalcade. Honor Guards were provided by Cannon AFB and the American Legion.

By the way… The PGR were kind enough to let me join their procession. Pictures below; as always, click the photo for a larger image. 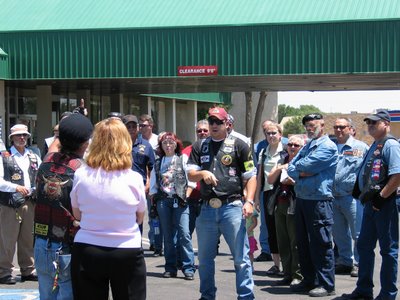 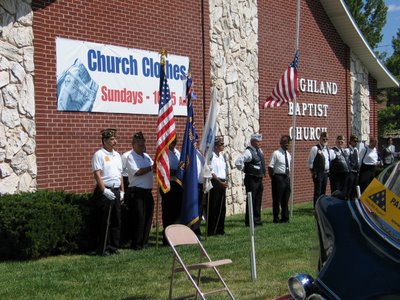 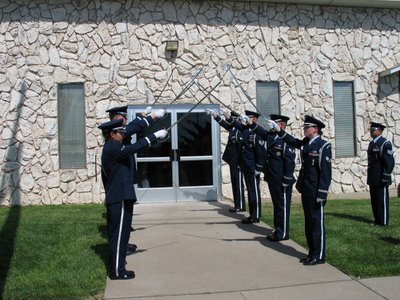