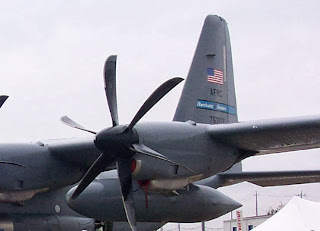 The 2013 hurricane season was the slowest since 1966 for Air Force Reserve Command's 53rd Weather Reconnaissance Squadron at Keesler AFB, Miss., according to a Dec. 17 release. The squadron, known as the hurricane hunters, flew a total of 34 missions for the National Hurricane Center, during the 2013 season, which ended Nov. 30—a significant decline from its average of 100 missions, said Lt. Col. Jon Talbot, 53rd WRS chief meteorologist. The Reservists deploy from their home base to St. Croix, Virgin Islands, from May to December so they can be closer to the action. Now that the season is over they are packing up to go home, according to the release. Storm taskings on the Atlantic side of the US are typically flown from St. Croix or Keesler; whereas, Hickam AFB, Hawaii, handles Pacific-based storms, states the release. "We need to be close to the storm to be able to respond quickly," said Talbot. "To do this, we have to make sure we have enough personnel, aircraft, and parts to run around the clock operations to accomplish the mission at our forward operating location."

Wait.  How can this be?  Remember "Superstorm Sandy?"  The big take-away from that storm was we were told that we'd see more and worse storms due to global warming or climate change or whatever other bullshit name for a non-existent phenomenon al-Gore and his minions use.  What happened?

I never knew this... 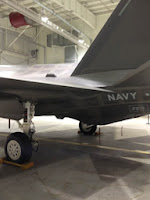 New fairings have shown up on F-35 fighters; two ogival bumps on the top rear, forward of each vertical fin, and two on the bottom, one either side, just forward of the tailhook housing. Lockheed Martin test pilot Bill Gigliotti told the Daily Report the fairings are radar cross section enhancers, put there so air traffic controllers can see the stealthy F-35s when they fly through civil airspace. The F-22 has a similar device, and the Lockheed F-117 also sported a faceted version on each side of the fuselage. The radar reflectors—sometimes called Luneburg lenses—are removed when the aircraft is employed in stealth mode.
—John A. Tirpak

One would HOPE the devices would be removed before actual combat.  OTOH, I'd have liked to sneaked a couple o' those Luneburg lenses on to the T-33s that used to fly against us... "us" bein' the long-range radar sites I was stationed at back in the day... in our weekly radar evaluations.

And then there's this...

Air Force Global Strike Command successfully launched an inert Minuteman III Intercontinental Ballistic Missile from Vandenberg AFB, Calif., Tuesday, the command announced. AFGSC conducts live Minuteman launches twice a year from Vandenberg out over the Pacific Ocean to assure the readiness of the US nuclear ICBM fleet. Missileers from the 341st Missile Wing at Malmstrom AFB, Mont., fired the Minuteman III Dec. 17 from Vandy's launch facility 4 at 4:36 a.m. Pacific Time. They were assisted by Vandenberg's 576th Flight Test Squadron, stated a release. "Our Airmen maintain and operate this weapon system year round in some challenging environments, and today's test is a result of their tireless devotion to this mission," said Maj. Gen. Jack Weinstein, interim commander of 20th Air Force, which oversees the training and management of the Air Force's ICBM force.

One wonders how soon we'll run out o' Minutemen if we fire two o' 'em downrange every year.  The Minuteman III has been in service since 1970, so you do the math.  I don't think we're makin' any more o' those things, either.

I was stationed at Vandenberg Missile Patch in the wayback and saw quite a few Minuteman and other missile launches in the three-plus years I was there.  About which, this:

Discovery Goes Up and a War Story

Occasional Reader Rob sent along a link to this video of Thursday's Space Shuttle launch...


Pretty cool, eh?  Watching this video fired off some long-dormant synapses about other such launches I saw in the way-back.  From my reply to Rob:

Today's (very short) war story...  The video reminded me of watching missile launches at Vandenberg AFB, where I was stationed for a lil over three years.  I arrived there as a jeep two-striper back in '64 and moved into the barracks, as all young troops do.  The first week I was there I was awakened around 0200 hrs by some violent shaking, accompanied by a dull rumble-roar.  Now, I'd been in a few earthquakes as a child and recognized the feeling...  I lept out of bed and literally ran out of the barracks on to the lawn in my underwear, yelling "EARTHQUAKE" at the top of my lungs to wake up the other guys who might be sleeping through this.  And all I got for my concern was angry shouts of derision (and worse) from my fellow airmen, who were NONE too kind.

One of the guys did take pity on me as I walked back in, extremely red-faced and about to fuckin' DIE from embarrassment.  "That was a Titan," he explained.  "You won't feel the Minutemen or even hear 'em until long after they're gone, and the Atlas launches aren't nearly as bad... but yeah, a Titan launch feels just like an earthquake."  The launch pads were about three or four miles from our barracks.

I saw hundreds of launches over the course of the next three years and was also involved in a project to see if our air defense radars could pick up ballistic missile launches (they couldn't and didn't, but that was long ago and radars have changed, along with the times).  That was pretty cool because I was tied into the Vandenberg launch control center in order to start my scope camera three minutes before launch.  I then got to step outside and watch the missile go from our mountain top, which looked exactly like the shuttle launch from that airplane.  Pretty cool, in other words.

You can't possibly imagine how embarrassed I was about that "earthquake" thing, Gentle Reader.  Military guys ain't supposed to panic, for starters, and we're supposed to know every-damned-thing about our service, on top of that.  I betrayed both principles in that episode and it took me quite a while to live that down.

Discovery launch photo from the Daily Mail link, above.