Not Your Father's Air Force XXI

From the Usual USAF Source and a Cannon Airplane Patch press release...

Suite Digs at Cannon: The 27th Special Operations Wing broke ground this week on a new $12.4 million enlisted dormitory at Cannon AFB, N.M. The dorm, scheduled for completion in fall 2013, will house 96 airmen in separate quad bedrooms that share laundry and common areas in a suite-style arrangement, states a Cannon release. "We are working toward single occupancy and this will move us closer to that goal until future dorms are built," said TSgt. Matthew Smith, 27th Special Operations Civil Engineer Squadron project noncommissioned officer in charge. "The new dormitory is something that Air Force Special Operations Command has long awaited," added project chief Robert Ferry. "It's a step toward premier unaccompanied housing at Cannon." Civil engineers at Cannon began preparations for the project in April; officials ceremoniously hefted the project's first shovel loads of earth on Aug. 27. (Cannon report by A1C Xavier Lockley)

Sweet, indeed.  Here's a better image of the floor plan you can barely see in the corner of the pic above, even if ya embiggen it: 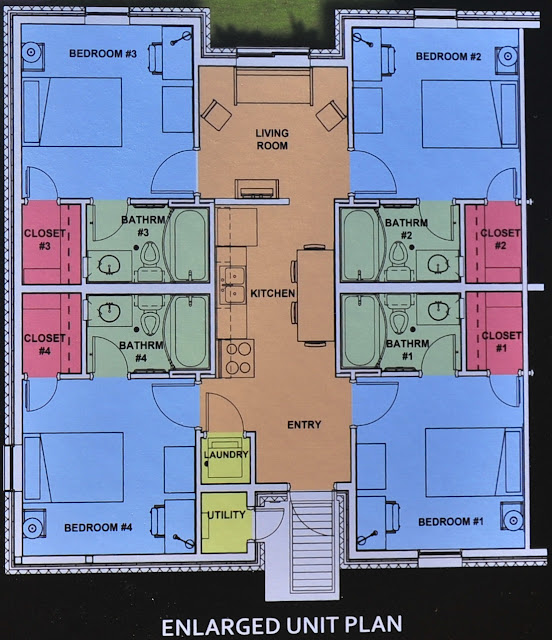 Private baths!  Closets!  A freakin' laundry room and a KITCHEN, even.  This is a far cry from the way I lived when I was a junior airman.  Hell, I had a roommate when I was a staff sergeant and we had communal latrines in the dorm I lived in.  The first time I ever had a room of my own was when I made tech sergeant, but I still had to share a bathroom with about 20 of my closest friends.  I shouldn't complain, though... at least I wasn't in the Navy. 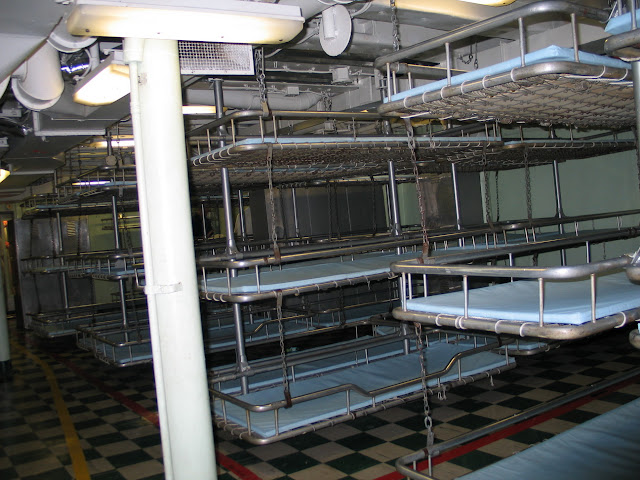 Email ThisBlogThis!Share to TwitterShare to FacebookShare to Pinterest
Labels: Military, Not Your Father's Air Force, USAF