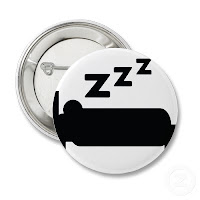 I just now poured my first cup and I really, rilly hate it when I do stuff like this.  Half the day: gone.  It's a matter of guilt and the vestiges of Type-A behavior that refuse to go away completely, I suppose... no matter that I didn't go to bed until 0500 this morning.  But it is what it is.
I spent a great deal o' time yesterday, measured in hours and hours, reading Christopher Hitchens obituaries and there are MANY.  The most interesting thang, to me, was that it seemed like everyone had a favorite Hitch story to relate, no matter if the person writing the obituary was American, British, Irish, or some other nationality.  It didn't seem to matter if the obit writer agreed with Hitch's many, and often contradicting, views on political or philosophical matters.  The man was genuinely liked and respected by a wide range of people great and small.  There were also a few stories about the way Hitchens handled the death sentence that is cancer and the dignity he maintained in his final days.  I hope I have the same sort of intestinal fortitude when my time comes.
And now it's off to make the rounds.  BTW... The image above?  It's a button, and I just might buy one.
Committed to the Inter-tubes by Buck on 12/17/2011 12:47:00 PM