More From the In-Box

Lotsa stuff in there this "morning," most of it delete-key fodder.  Like this: 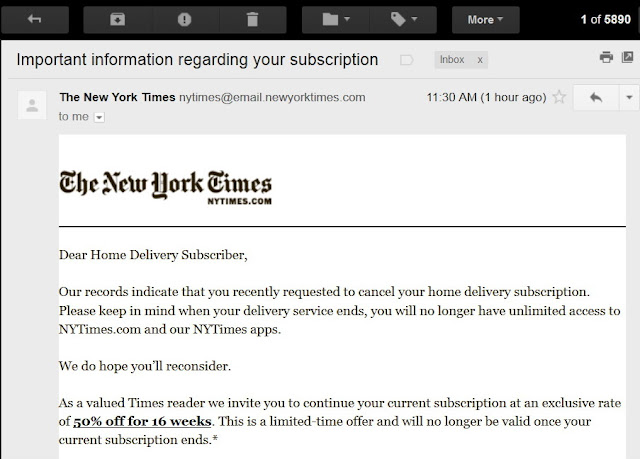 I've never had a subscription to the NYT, unless you count the four month Sunday-edition Christmas gift subscription I got from a buddy back in '96 or '97.  The NYT must really be hurtin' if they're sendin' stuff like this out.

And then there's this: 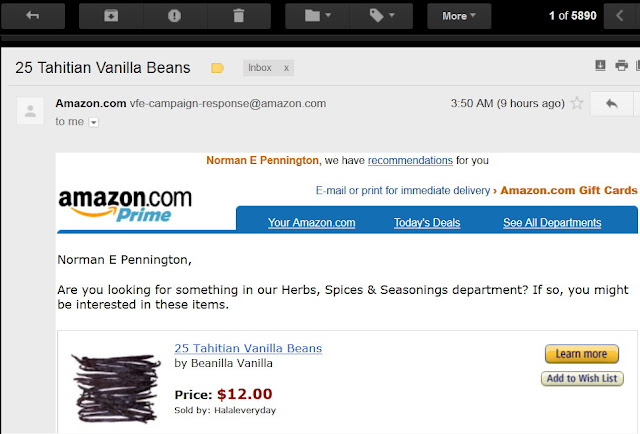 I've never bought anything from Amazon's herbs, spices, and seasonings department but I DID click on a link to 25 Tahitian Vanilla Beans in an old post by Blog-Bud Andy.  Amazon NEVER forgets... that's pretty scary, sometimes.

From my daily Townhall newsletter... there are new political cartoons at the Usual Source, this among them: 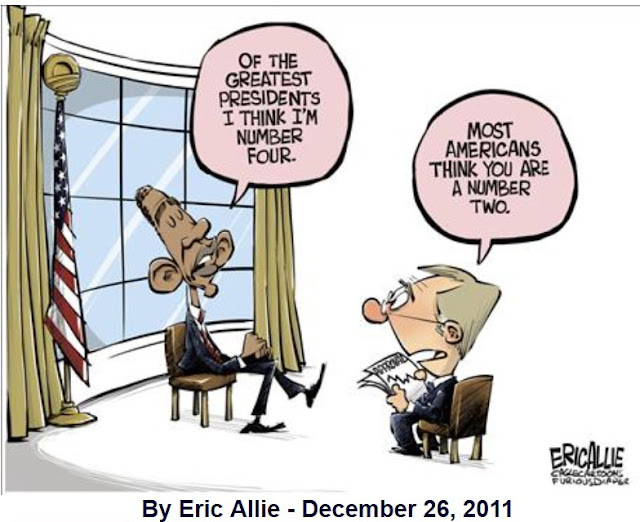 The Usual USAF Source reminds me where I should be at 1430 hrs today:

Go Falcons!: The Air Force Academy Falcons host the University of Toledo Rockets Wednesday in the Military Bowl at RFK Stadium in the nation's capital. ESPN will air the football game nationally at 4:30 p.m. East Coast time. "The game is all about the men and women of our military and raising support and awareness for the USO, so having a military academy represented in the Air Force Academy versus an exciting, high-scoring Toledo Rockets team is great for our game," said Steve Beck, Military Bowl president and executive director, in a release. The Falcons, members of the Mountain West Conference, finished their regular season with a winning 7-5 record. They are making a bowl appearance for the fifth consecutive year, a school record. The Rockets, from the Mid-American Conference, finished their season with eight wins and four losses. This marks the two teams' first meeting. (See also the academy's game notes; caution, large-sized file.)

The Air Force game is only an hour from now; I just poured my second cup and haven't even begun to make the blog-rounds.  I'm upside down again, sleep-wise, and to further complicate things it's a nice day outside (55 degrees!) and there are errands to be run.  I don't see how I'm gonna get everythang I wanna do done... sumthin's gonna have to give and it might be the football game.