I almost always title my blog posts before I write them... it's the very first thing I do.  And then I write, keeping the post title in mind and trying not to venture too far afield from the thought contained in the title.  That usually works for me except for those times when I'm more scattered than normal, and be kind, Gentle Reader, as you read that last bit.  When I'm scattered I'll choose some sort of post title like "Potpourri" or "Miscellaneous Ramblings" or "A Few Things" or something of that ilk.  Today is such a day, so forgive me my trespasses and I'll forgive you yours.

I spent pretty much the entire day yesterday listing hard to port and taking on water.  It all began Thanksgiving night when I settled down in the early evening to watch the end of a one-hundred-plus game college ball rivalry, which is to say Texas-Texas A&M.  The game was magnificent and I'll say that as a disinterested party with no affiliation whatsoever with either school.  But I loves me some rivalry games, they're always intense and usually result in hard-played football, which is the finest kind.  It saddens me to see the end of a tradition and I watched one end Thursday evening.  But we digress. 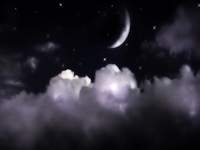 I fell asleep on the couch almost immediately after the game was over and slept for well over six hours, awakening just after 0300 hrs.  Six hours of sleep falls within the Usual, Customary, and Reasonable range for me of late and I was faced with a dilemma: do I go back to bed, in my real bed, with every expectation of tossing and turning fitfully for a couple o' hours until it gets light or do I make the coffee and stay up?  I opted for "make the coffee."  That was my first mistake and the rest of the day was pretty much downhill from there.  I managed to stay awake for a lil over six hours and then took a two hour nap.

I said my day was downhill but it wasn't all downhill.  The Beloved Wings played an afternoon game in Bawston yesterday, the broadcast start time being 1100 hrs MST, which was right around the time I awoke from my nap.  The game was a good one, except for the fact the Bruins' only two goals both came as a result of Dee-troit turnovers.  They have to stop that stuff, to be kind.  The Wings also scored two goals and we went into OT as a result and then to a shootout where Dee-troit won, snapping Bawston's ten-game win streak.  Both the game and the final result were VERY satisfying.

We then switched over to yet another rivalry game... already in progress... and watched what was left of the first half of LSU-Arkansas, followed by the remainder of the game.  I had hopes for Moogie's Hawgs when I switched over and saw the score was 14-0 in their favor, but Andy's Tiggers regained their composure and blew the Hawgs out in the second half, which was never close.  So:  Andy glad, Moogie sad.  Me?  Asleep on the couch, again.  Blowouts just aren't that entertaining, unless it's YOUR blowout.

I woke up sometime after dark and hied my old ass off to Mickey Dee's, where I suffered a major disappointment (see below).  I should have known better and that's all I'll say about that.

I then retired to the study where I dragged the Emergency Desktop out of the closet and set to getting it running.  Eighty-five Microsnot updates (85!  Eighty-freakin'-five!), numerous anti-virus updates, and one Firefox upgrade later (from 3.0.19 to 8.0.1) we were done, sorta.  I still have to restore my financial software to its current state before end-of-month close out, but that's no biggie.  The laptop is current in that space, as is the outboard hard drive.

I find it interesting that this is the second time my spiffy desktop has failed in its sweet short life and it's the second time I've had to fall back on the obsolescent box I replaced three years ago.  Both 'puters are Gateways, but the old one is so much more reliable than the newer one... even if it's slower than molasses on a January day.  The old box runs XP, which takes forever to boot up, but at least the thing runs once it's finished gnashing and thrashing its way through the boot sequence.  It has a much slower processor, too, but once again: it's adequate for the tasks at hand.  I'm simply glad I have a fall-back position other than the laptop.