We changed plans yet again and moved all our stuff from El Casa Móvil de Pennington to the new, non-móvil casa today.  Granddaughters Natasha and Felicity, assisted by Diego, Felicity's significant other, were the prime movers (heh) in this deal.  I mostly supervised and unpacked stuff, given my infirmities and all.  So, we are moved.  The whole moving thang took exactly four hours and 15 minutes, which is two hours and 15 minutes longer than Lis estimated.  "You have a LOT of stuff," said she in something like wonderment that all this shit could fit in such a small space.
Diego, Felicity, and I sat out on the porch after the moving was completed and knocked back a beer or four while I had a cigar.  Then Felicity and Diego were off, leaving me to deal with this: 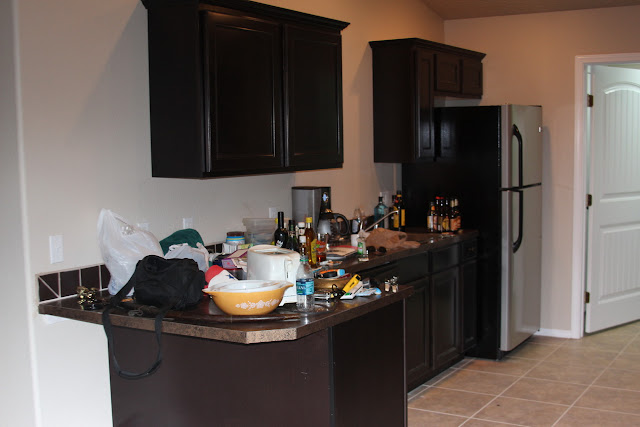 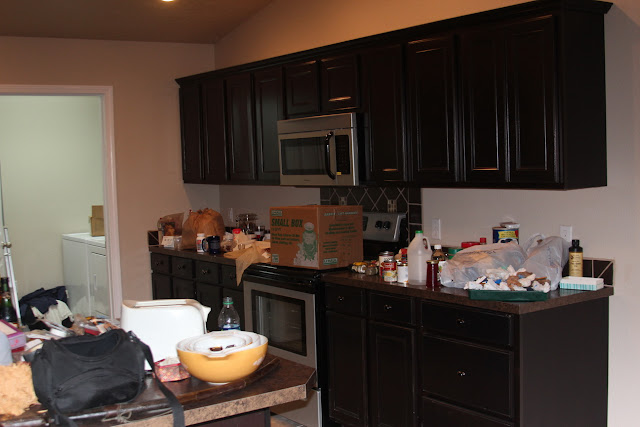 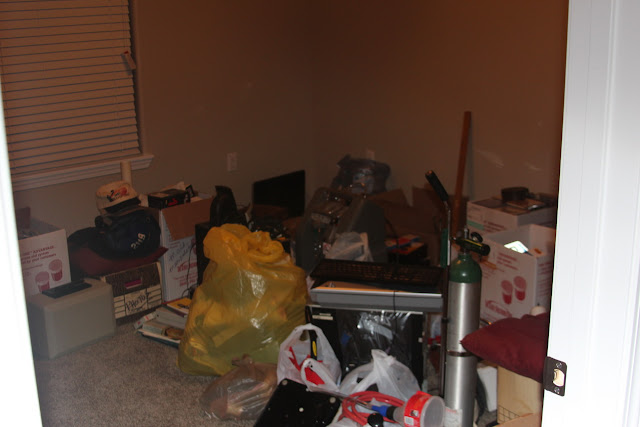 We put the kitchen in some semblance of order and then called it a day and returned to El Casa Móvil de Pennington, mainly to tap out this "better late than never" post... because we still have innernets at the Casa Móvil.
Tomorrow we'll clean up the rat's nest that is ECMdP and continue to put things right at the new place.  And we'll prolly not spend much time on the 'net as we have other stuff to do.
Committed to the Inter-tubes by Buck on 9/17/2011 09:39:00 PM