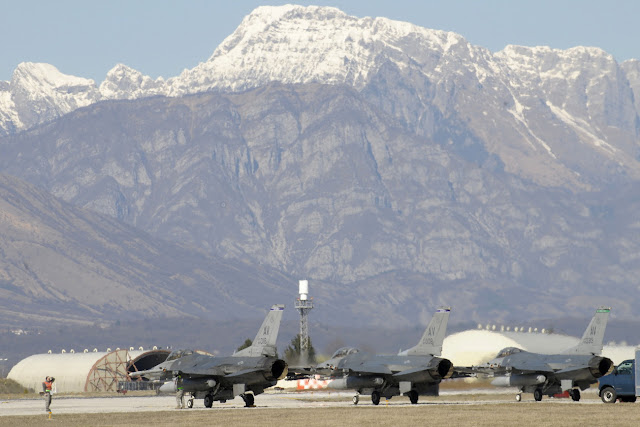 Coalition Operations over Libya: The United States had flown 449 sorties, including 222 strike sorties, as of mid Thursday US East Coast time, since the air campaign began over Libya last weekend, Vice Adm. William Gortney, Joint Staff director, told reporters during a Pentagon briefing. Coalition forces had flown a total of 310 missions, he said. Within the 24-hour period prior to the briefing, US aircraft flew at a hefty pace, completing 130 sorties, including 49 strike-related ones. In addition to interdiction, the sorties have comprised aerial refueling and intelligence-reconnaissance-surveillance support as well as combat air patrols. Gortney said there are 350 coalition combat aircraft involved, with slightly more than half belonging to the United States. Nine additional nations have publicly stated their involvement, while as many as four others are involved, but have not openly divulged their presence. Gortney said the coalition's no-fly zone now spans across the northern portion of Libya. His briefing came just hours before NATO Secretary General Anders Fogh Rasmussen announced that the alliance would assume command for the NFZ from the United States. (Gortney transcript) (See also AFPS report by Karen Parrish)

Interesting, eh?  By that I mean there's no break-out on how many combat sorties have been flown by the air and naval forces of each participating nation.  There's no doubt in my military mind USAF/USN are flying most of these missions... witness the 130 sorties in a 24-hour period statistic.  There was a question during ADM Gortney's briefing that indicated the US is flying 70% of the combat sorties but the admiral neither confirmed nor elaborated on that figure.
So now we know NATO will assume control of Odyssey Dawn (otherwise known as "Operation Porn Star," for obvious reasons) at some point in the near future.  I'm thinkin' it will be fun to watch the way this plays out over the next few weeks.  What is NATO, after all, if not American forces with a thin veneer of multi-national command and control assets?
Lastly... about the post title...
Committed to the Inter-tubes by Buck on 3/25/2011 12:26:00 PM