Not Your Father's Air Force XI: A Short Quiz

Notice anything unusual or different about this blurb from today's AFA Daily Report?

Not unusual or different... this cool pic of a B-2 from Whiteman AFB: 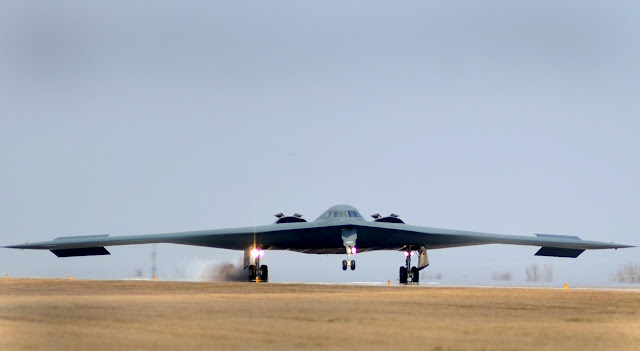 3/20/2011 - One of three B-2 Spirit bombers returns to Whiteman Air Force Base, Mo., from a mission in support of enforcing Operation Odyssey Dawn no-fly zone over Libya March 20, 2011. The no-fly zone was imposed by the United Nations Security Council Resolution 1973 authorizing military action. (U.S. Air Force photo/Senior Airman Kenny Holston)
Photo captioned as found.
Committed to the Inter-tubes by Buck on 3/21/2011 10:15:00 AM