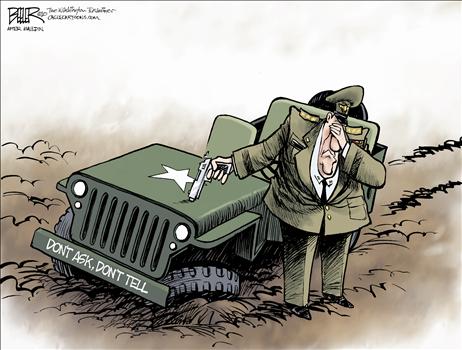 I have VERY mixed emotions about the death of DADT, most of which revolve around the "Don't fix it if it ain't broke" premise.  DADT wasn't broke.
Nate Beeler's 'toon is quite ironic when you consider the source of his inspiration: 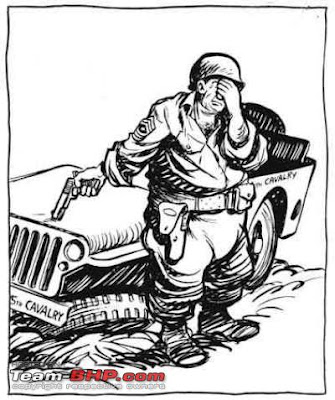 That would be Bill Mauldin's WWII homage to the Jeep.  Mauldin really meant to honor the jeep and did it in a way GIs everywhere loved and understood; Beeler has something else on his mind.

Speaking of "on the mind"... if you're wondering what the military thinks of this development... and by that I mean officer and enlisted, active and retired, not soundbites from Talking Head generals and pundits... there's a 95-comment thread at Lex's place on the subject.  The troops are NOT pleased.