We are in receipt of the Official U.S. Navy photographs of last week's Change of Command.  Herewith a few of them taken by NRD-Pittsburgh's Public Affairs Officer, Mass Communications Specialist Chief (MCC) Jeremy Siegrist.  Captions by YrHmblScrb.  As always: click for larger. 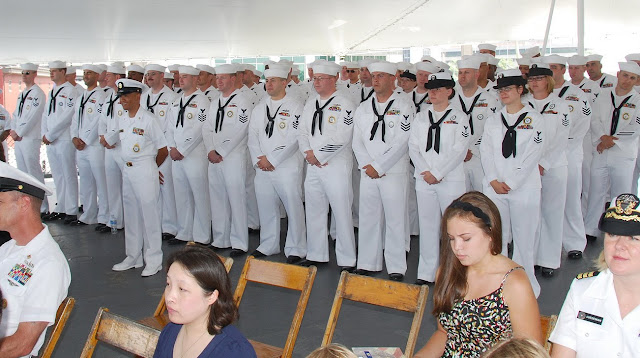 The assembled ship's company.  I was in error when I said the company observed the ceremony at parade rest; they were put "at ease." 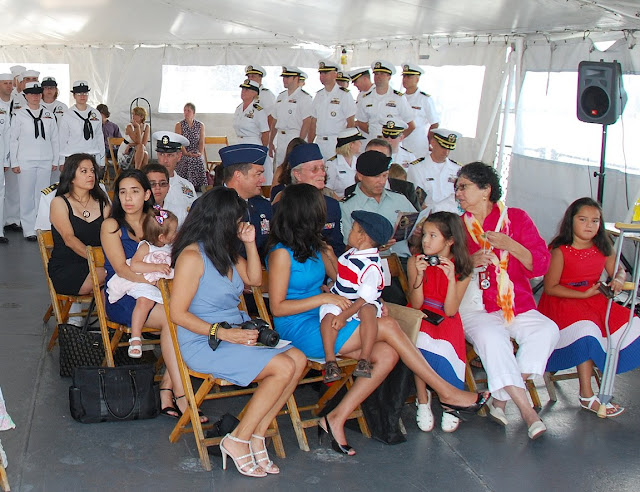 The Pennington side of the seated Distinguished Visitors.  In the front row, from left to right:  DIL Alisa, Granddaughter Amanda (holding great-grandson Taurean), Granddaughter Angelina, The First Mrs. Pennington (Ramona), and Granddaughter Ava.  Granddaughter Anastasia and Great-granddaughter Aria are in the first seat, second row; DIL Erma and Grandson Sean are seated immediately behind Anastasia.  I find it MOST ironic that I'm seated in between a Major and a Major General; not many MSgts have that distinction. 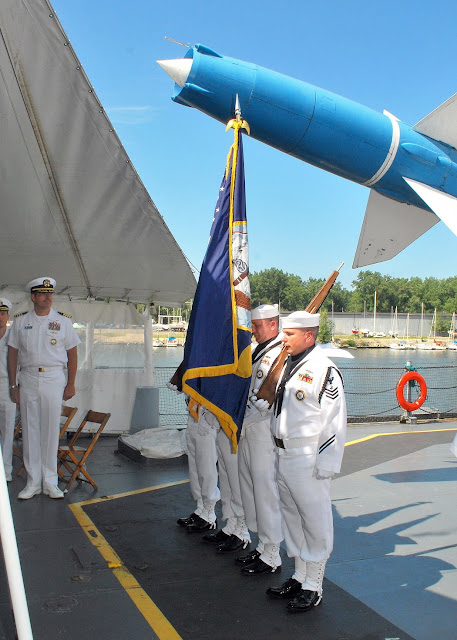 A great shot of the color guard under the Talos missile battery. 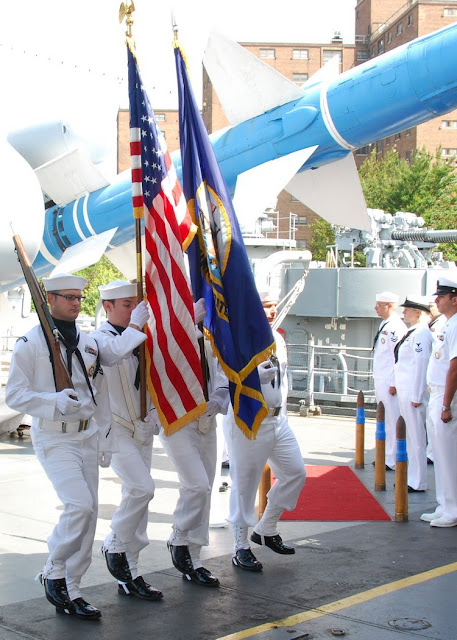 "We're the Navy.  We do boats pretty well but we don't march."
I thought long and hard about a caption for the above... all in jest, of course.  But WE are the Air Force and we're NEVER out of step.