Just a quickie to let interested parties know I've arrived safe and sound... albeit in one hella rainstorm... which served to make the last 50 miles (or so) interesting.  Rain is always a good thing here on The High Plains of New Mexico... but the best thing?  The inside of El Casa Móvil De Pennington is as cool as the proverbial cucumber.  This what I drove through: 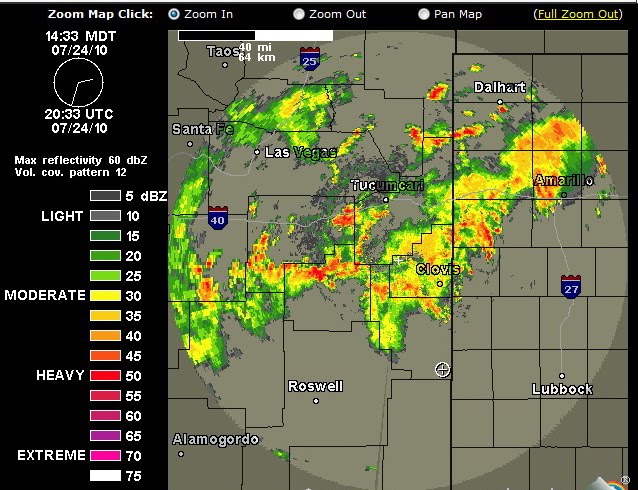