The Change of Command... In Two Parts, This Being Part Two

That's the USS Little Rock in the photo above, parked in her berth at Buffalo Naval Park.  The Little Rock was where the change of command ceremony was held and I couldn't think of a more appropriate place.  The ship looks EXACTLY as it did when the ceremonies were held last Friday... and I'm referring specifically to the large white awning on the fantail, under which the ceremonies were held.  I'm quite sure the assembled ship's company of Naval Recruiting District Pittsburgh... who were standing at parade rest throughout the ceremony... appreciated that awning; I know the seated guests certainly did.  Because it was HOT, Gentle Reader.

I've mentioned elsewhere in these pages the Navy "does" tradition better than the other services and Friday's change of command was a fair representation of that tradition.  For those of you who are unfamiliar with Navy rituals, officers at the rank of Commander (Lieutenant Colonel) and above are "bonged" on to a ship, any ship -- with the exception of carriers, where only Captains and above are bonged on coz there are just too many Commanders.  The master at arms makes an announcement on the ship's PA to the effect of "Commander, United States Navy, arriving!" and a crew member strikes the ship's bell twice.  Officers holding command are announced by the name of their command, e.g., Commander Shoemaker was bonged aboard with "Navy Recruiting District Pittsburgh, arriving!"  So with that background... here are some of the ceremony's dignitaries... arriving. 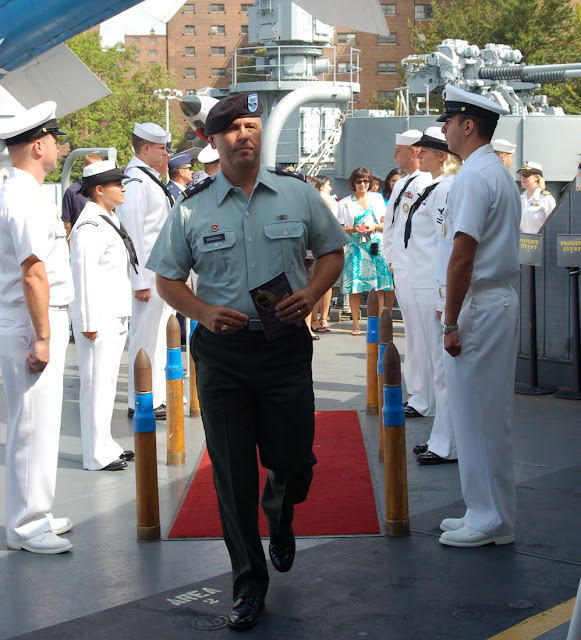 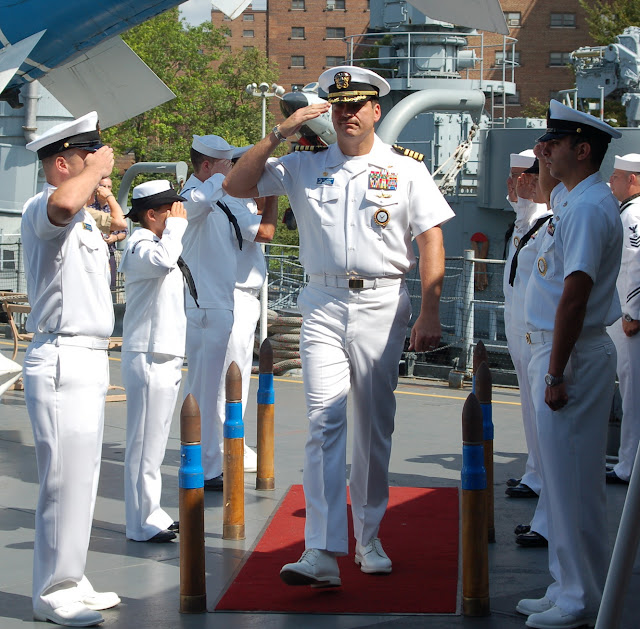 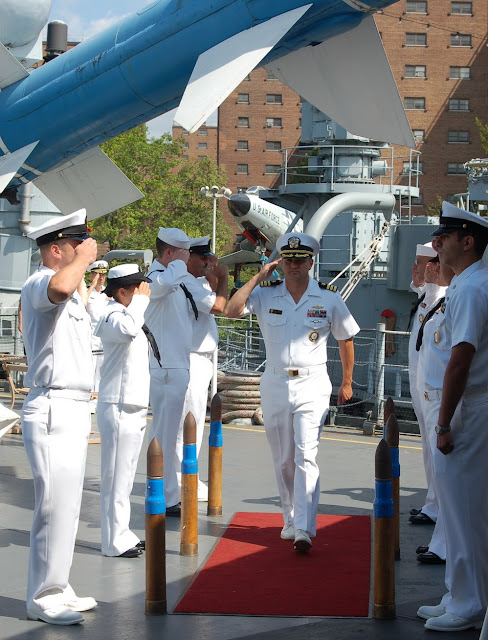 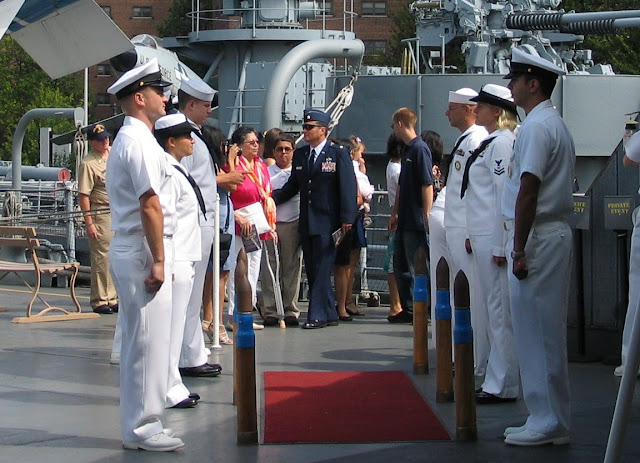 Here's SN1, The First Mrs. Pennington, and grandson Sean just before they officially arrived.  SN1, who is a major and thus not eligible to be bonged aboard, was mistaken for a Lt Col and bonged aboard as "Colonel, United States Air Force, Arriving" in one of the few administrative cock-ups of the day. 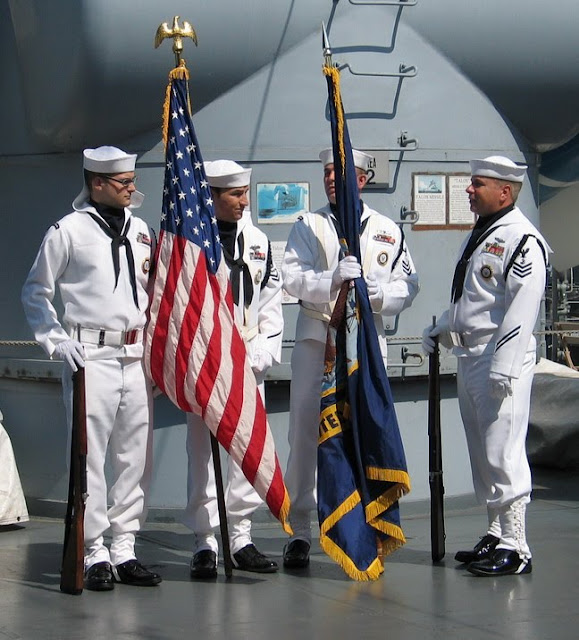 A shot of the color guard assembling before the ceremony. 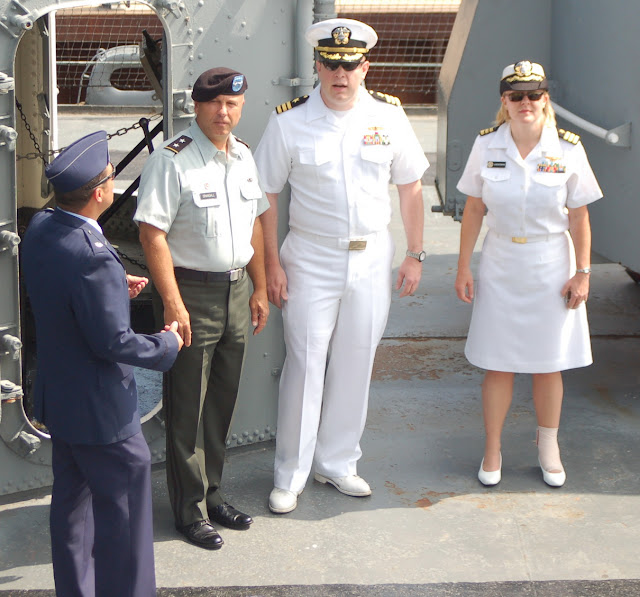 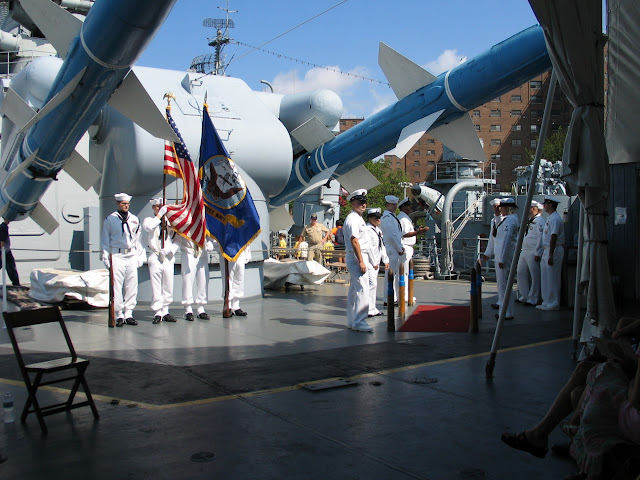 The arrival area on Little Rock.  Those of you who chased the link to Little Rock know the color guard is posted in front of a Talos missile battery. 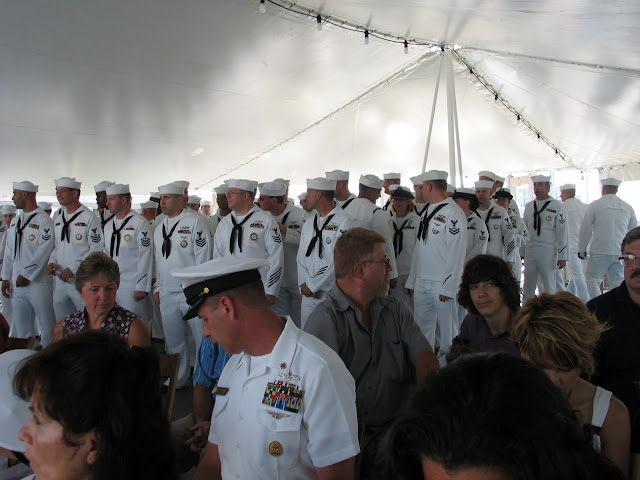 Some of the ship's company (personnel from NRD-P) assembling just before the ceremony kicked off.

The change of command ceremony itself was the usual, customary, and reasonable affair for those who have attended such things before.  We had the presentation and posting of the colors, the singing of the national anthem (which was a beautiful a capella rendition by an NRD-P Chief Petty Officer), invocations coming and going, lots of speechifying by all concerned, the official reading of orders, presentation of the Meritorious Service Medal to CDR Shoemaker (the outgoing CO), and ceremonial gift giving to the departing CO.

Here are a couple of shots from the ceremony... 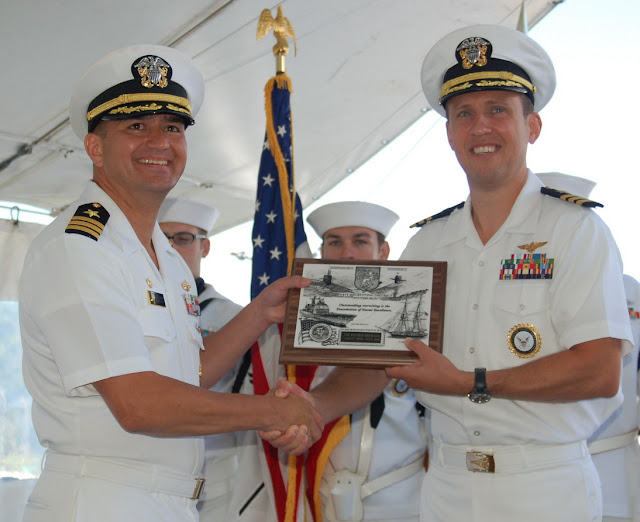 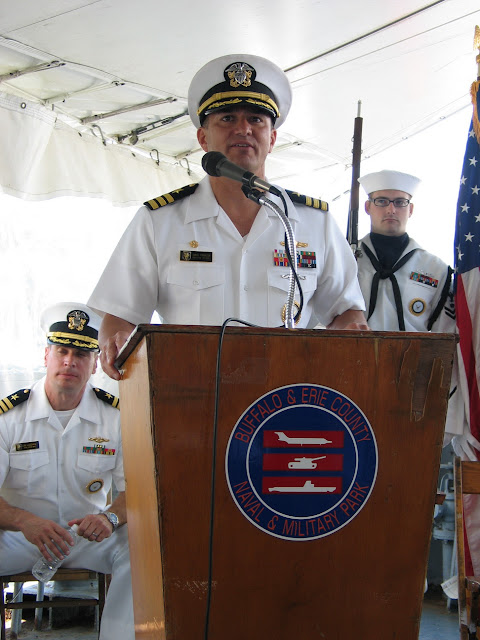 CDR Pennington addressing the troops.  SN2 set the standard for conciseness and brevity in his remarks.  There's not one single doubt in my military mind the troops were most pleased.

The whole affair took about 45 minutes and left me feeling slightly... but only slightly... bad for the guys who had to stand at parade rest through the whole thing.  I have a few of those tee shirts and the guys standing in formation are VERY glad when it's all over.


So there ya have it... "How I Spent My Summer Vacation," by lil Bucky Pennington, AKA "Buck Pennington, MSgt, USAF (Ret)."  And we must add... once again... that we are MOST proud.