The Change of Command... In Two Parts, This Being Part One

SN2, hereafter referred to as either The Commander or simply Sam, assumed his current rank back in April of this year.  That said, The Commander thought it would be a great idea to delay his promotion party (commonly referred to as a "wetting down") until this month and roll the party into the change of command ceremonies and celebration.  Which, of course was a great idea.

The party was held in the bar of The Falcon Club on Air Reserve Base Niagara Falls.  What follows are a few pics from the party with suitable annotations so you can put names to faces, Gentle Reader.  I'm good like that.  There's no rhyme or reason... which is to say chronological order to the photos.  We just grabbed the camera when the spirit moved us.  So let's get started. 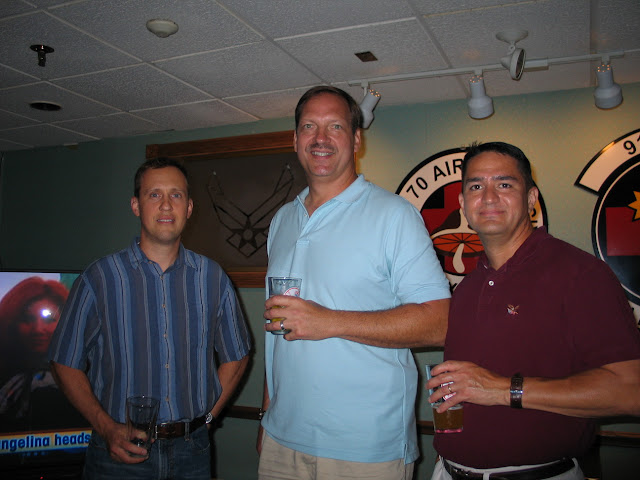 From left to right: the outgoing commander of Naval Recruiting District Pittsburgh (NRD-P), CDR Jonathan Shoemaker; the Commander of Navy Recruiting Region East, CAPT Tim Pangonas; and Sam.  CDR Shoemaker was an F-14 driver of note before assuming command of NRD-P and CAPT Pangonas is also a Naval Aviator of the P-3 persuasion.

I spent more than a few minutes with both of these gentlemen and can vouch for the fact that pilots in general and fighter pilots, specifically, have the best war stories.  "Best" is a subjective thing, of course.  We ALL have war stories and some of mine are quite entertaining even if they're not suitable for mixed company.  Pilots... on the other hand... have stories for all occasions. 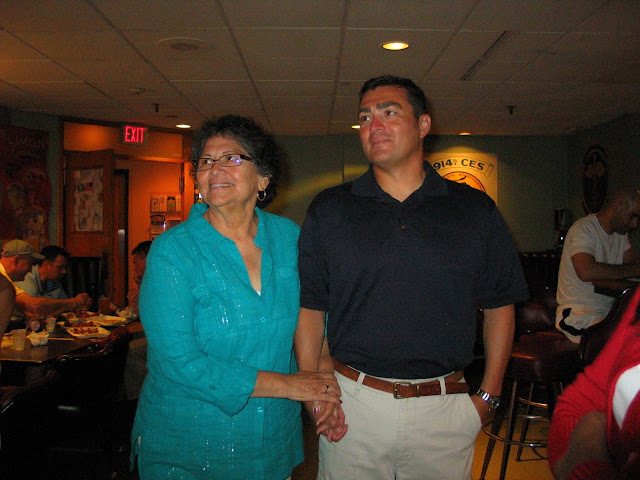 The First Mrs. Pennington and SN1.  It's a serious toss-up as to which one of us was the proudest parent this past week.  I'll give the nod to TFMP, tho.  There were times I thought she might literally burst with pride. 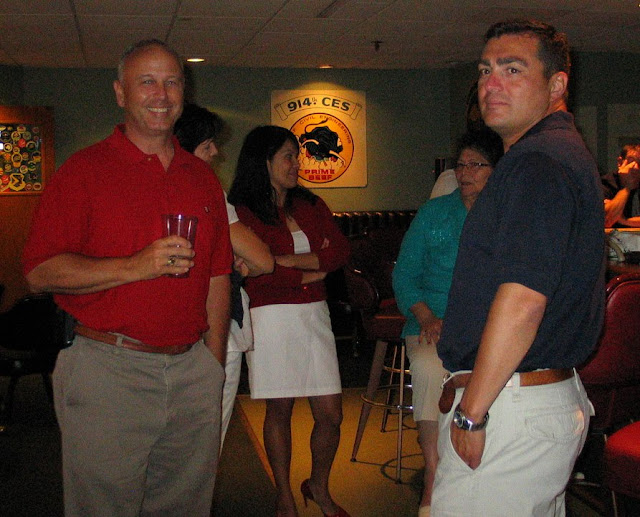 Major General Paul Crandall and SN1, with DIL Alisa and TFMP in the background.  Mrs. Crandall is obscured behind the general.  Gabby, Gen. Crandall's wife, is a cousin of Alisa's and the two families are close, which is why Gen. Crandall and Gabby were in attendance.  Gen. Crandall is a member of the US Army Reserve and has served on active duty for the last few years, including a tour in Afghanistan.  His current position is Commander, 416th Engineer Command.  He recently retired from General Motors and lives in the Detroit area.  Now that the bio stuff is done... Paul and Gabby are a fun couple and great people.  I first met them several years ago when I was living in Detroit. 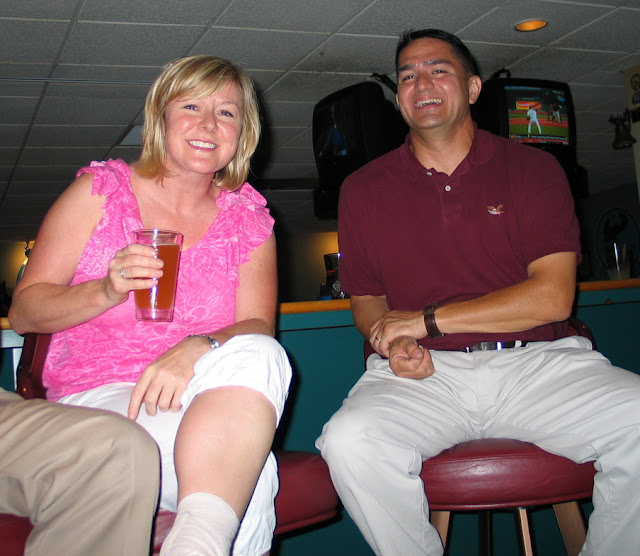 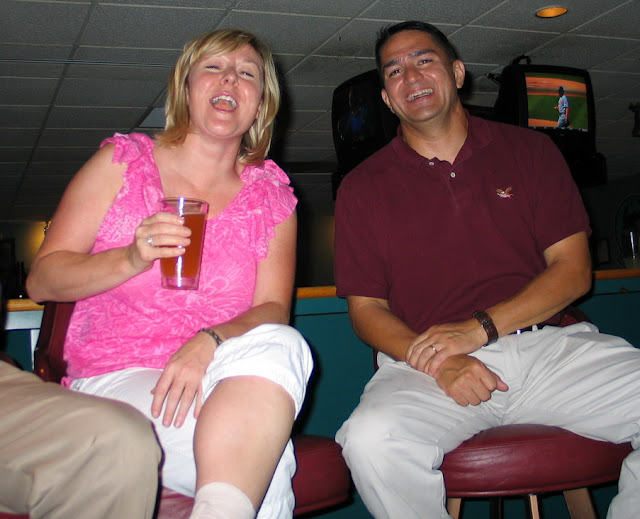 The two pics above are of Commander Corry Judeman and Sam.  Corry and Sam go back a long ways, as they were shipmates in the same NROTC Battalion that served the University of Idaho (Sam's alma mater) and Washington State.  Corry was Sam's battalion commander, as a matter of fact.  She graduated from Washington State a year ahead of Sam and went on to pilot training and then to the Fleet.  Corry flew E-2s and has 300 traps (landings on a carrier), half of them at night.  She's currently in transit from her last assignment at the Pentagon to her next, where she will be a student at the Army War College in Carlisle, Pennsylvania.  Can you say "fast track?"  Sure you can...

Ah, Corry.  Commander Judeman.  Ma'am.  I was quite taken with the young lady who, in addition to her professional accomplishments, has a smile that lights up a room... any room... an extraordinarily quick wit, and the knack for always saying the right thing at the right time.  If I were 15 or 20 years younger...


So.  We hung out until 2330 hrs or thereabouts and called it a night.  Sam hung on for a bit longer until CDR Mike Meyer, the last of his invited guests, arrived on a late flight from Italy.  Mike and Sam also go back a long way, having known each other since they were shipmates at Department Head school in Newport.  They were subsequently assigned as Department Heads on the USS Mason, from pre-commissioning through sail away.