... in at least one respect today, frozen water lines aside.  The USPS is at work on this Boxing Day and a uniformed agent of that august organization knocked on my door a few minutes ago and put this neat lil box in my hot lil hands: 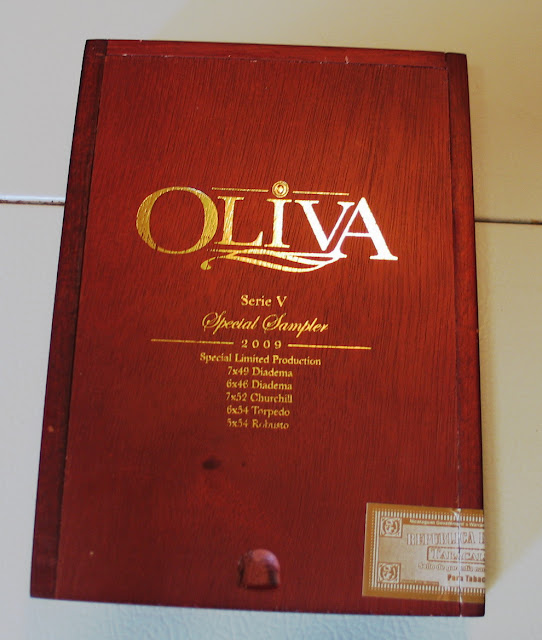 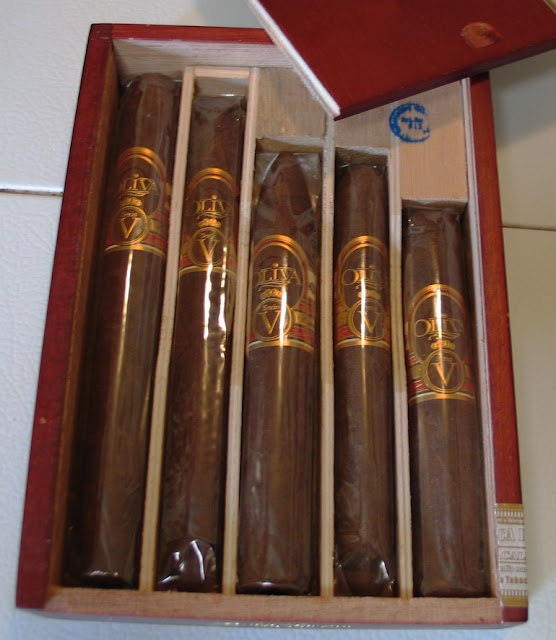 You can read just as well as I can, Gentle Reader, and you'll note the nifty packaging contains a minor indulgence... which is to say five Oliva Serie V cigars in five different sizes.  From the linked review:


Cigar Insider released a vertical tasting of the entire line in September 2007 with the average rating weighing in at a whopping 89.7 points. The Torpedo led the pack with an individual rating of 94 points. CI claims, “The Torpedo was an outstanding cigar, with aesthetics, strength, complexity and many flavors that kept the cigar interesting and balanced.”

It's obvious the review I'm quoting is two years old, so let's hope the 2009 edition of this cigar lives up to the reputation established by the 2007.  I'm thinkin' we'll put fire to the end of the torpedo for Happy Hour today... which we'll kick off when we return from Wally-World later this afternoon.  Cue up Ms. Simon:  "Annn-tish-a-PAY-shun..." 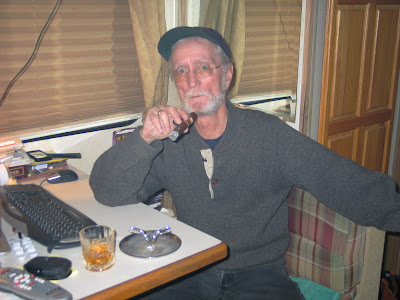 This cigar is billed as the strongest in the Oliva line and my initial impressions were along the same as those expressed in the review I quoted earlier... to wit:


Upon lighting, many may believe the Serie V is medium in body, but as Jose Oliva himself has explained, if you exhale through the nose you will realize the true strength of the Serie V.

Boy Howdy, is that ever correct! My first exhalation through my nose left me thinking "Wow... powerful!"  Subsequent exhalations were less... umm... "invigorating," but the strong leathery and slightly acidic sensations never really abated.  Which isn't a negative comment - we prefer medium to robust flavor in our cigars.  The Serie V didn't disappoint in the least in that regard.  And it's beautifully constructed, as well.  The cigar has an easy draw complimented with a nice ash... as you can see: 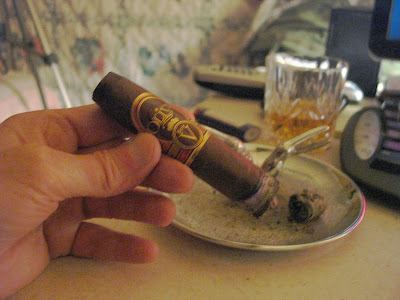 And finally... a remark about our ashtray.  This chromium beauty is an antique of sorts, what with having sat on our father's nightstand since my very earliest memory, which goes back to 1949 or so.  She's a beauty: 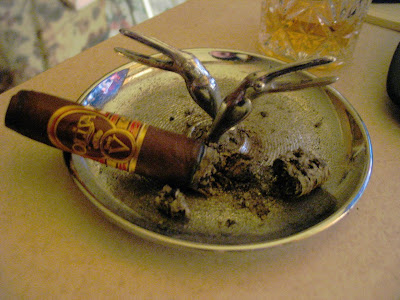 This is one of my treasured possessions, albeit one that shows the ravages of time.  The chrome isn't as bright as it used to be and there are pockmarks in the plating.  All that just adds to its beauty though, as far as I'm concerned.  I'm thinking the Ol' Man would appreciate the use this artifact is still getting today.
Committed to the Inter-tubes by Buck on 12/26/2009 01:38:00 PM

Email ThisBlogThis!Share to TwitterShare to FacebookShare to Pinterest
Labels: Cigars