We'll lead off with a re-run, given as how today is the Green Hornet's ninth birthday. Without ado...

Digital cameras are wonderful things… and one of the major reasons is the metadata included with each and every photo you shoot. What this really means is you know the exact date and time you took a particular shot (among a lot of other techie-type info), so there’s no wondering “where/when was THIS taken?” as you browse through your archives. Which is quite unlike going through an old shoebox full of photos, believe me.

So… the foregoing is an intro to a minor celebration of sorts: The Green Hornet is eight years old today. I’ve owned one other car longer than the Green Hornet and that was my Baby Beemer…which I kept for ten years. I obviously liked that Beemer and I really like the Miata, too. Both cars have served me well, both cars were/are great good fun, and I see no reason why the Green Hornet won’t tie my personal record for auto longevity and maybe even break it. So… in celebration, here are a few “then and now” pics… both of the Green Hornet and her driver. 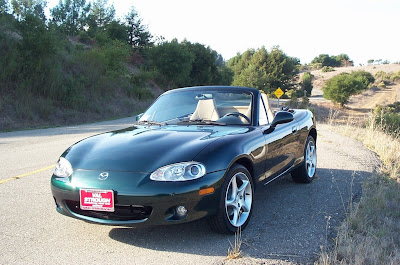 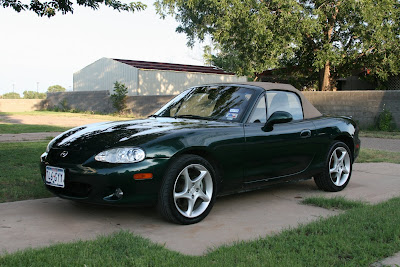 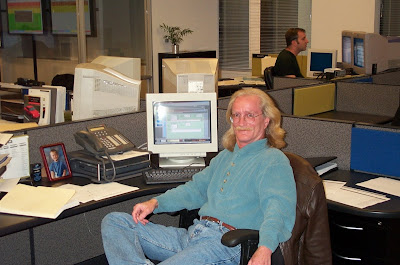 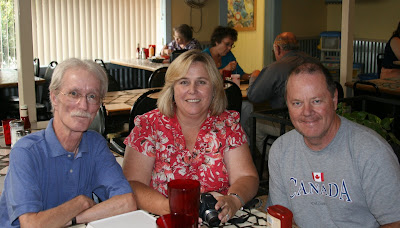 Top to bottom: (1) GH on the day I bought her, in the Oakland Hills above... you guessed it... Oakland, CA. (2) GH a couple of months ago after a wash and wax. (3) YrHmblScrb in his place of business at 44 Montgomery Street, SFO (October 12, 2000). (4) YrHmblScrb with Blog-Buddy Lou and husband Toby, taken last month (the latest pic I have).
I think the car has held up better than its owner over the past eight years, nu?