Putting Money Down: Following BRAC 2005, Gov. Bill Richardson of has made good on a pledge to provide money to ensure the Air Force can improve and expand operations at Cannon Air Force Base--and keep the new western base for special operations off any potential future base closure lists. In a June 24 release, noting the state's $5 million investment, said, "We are fulfilling a promise I made to modernize Cannon Air Force Base and increase its military value to the Air Force." The money is to go toward transfer of state land to the Air Force to expand the Melrose Bombing and , which was one of the prime features that attracted Air Force Special Operations Command to select Cannon for its western base. New Mexico Finance Secretary Katherine Miller signed a memo of understanding with Air Force installations chief William Anderson this week. The land has yet to be identified, according to the release, but Miller said state offices would "work diligently" to identify "potential land that meets Air Force requirements." Base officials planned to begin using the existing range for AC-130 gunship training earlier this year. In addition to the AC-130, AFSOC plans to place the new CV-22 and a proposed light gunship, in addition to other SOF aircraft with the 27th Special Operations Wing at Cannon. (Read Special Operators Head West)

OK… the money’s there, but expansion of the may take some time, as the land required to expand the range hasn’t actually been identified yet. That apparently isn’t stopping USAF from bedding the Special Operators down at Cannon, though. Last week while I was out at the base I counted five C-130s on the ramp, as opposed to the one or two I usually see. Which doesn’t mean a danged thing in and of itself… the planes and their crews could have been TDY to Cannon for training. Still, I like it when I see lotsa aircraft on the ramp. That’s a good sign.

This just in (via the WaPo), and it’s good news from the Supremes, for once in this term:

The Supreme Court, splitting along ideological lines, today declared that the Second Amendment protects an individual's right to own guns for self-defense, striking down the 's ban on handgun ownership as unconstitutional.

The decision was written by Justice Antonin Scalia, and went beyond what the Bush administration had counseled. It said that the government may impose some restrictions on gun ownership, but that the District's strictest-in-the-nation ban went too far under any interpretation.

Scalia wrote that the Constitution leaves the District a number of options for combating the problem of handgun violence, "including some measures regulating handguns."

"But the enshrinement of constitutional rights necessarily takes certain policy choices off the table," he continued. "These include the absolute prohibition of handguns held and used for self-defense in the home."

The Court “split along ideological lines” yet again. And I’ll repeat my Presidential Election Mantra yet again: “It’s all about the Court!” And dead terrorists too, of course. 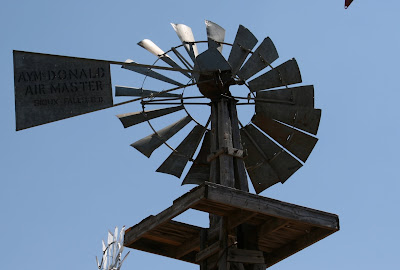 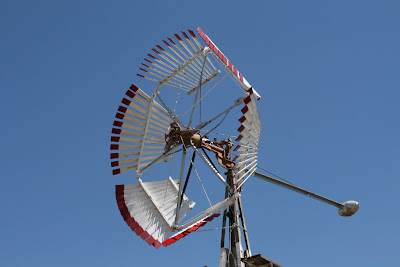 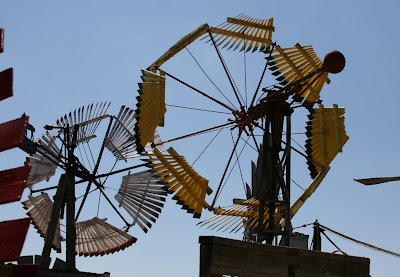 Today’s Pics: Three more items from Mr. Dalley’s windmill collection. One of the more interesting things about Mr. Dalley’s windmills is the variations in the fan designs one sees in the collection. The first picture is a close-up of the “classic” windmill, and by that I mean the most commonly seen version; the second is a more aerodynamic fan; and the third is two more variations on fan design.

One has to think the “classic” fan won out because it’s basically a simple design that would cost much less to manufacture. And lower manufacturing costs always translate directly to lower sale price. I’d also assume there wouldn’t be much, if any, gains in efficiency with the more esoteric designs. But those other designs are aesthetically pleasing, aren’t they? If you have other thoughts I’d love to hear ‘em…