At some point in the past I think I mentioned I still keep my RV club’s mail service active, along with the fact that 90% of my mail goes to Texas first and then is forwarded on to me by the service, to wherever I might be. And for the past five-plus years “wherever I might be” has been Beautiful La Hacienda Trailer Park. The mail service was a necessity during my “on the road” days, given I rarely spent more than a month in any given location. These days it’s just a vestigial hold-over and the biggest reason I keep it is to maintain my residency. Which is important to me for a number of reasons, the biggest of which is tax considerations. But I don’t wanna talk about my mail service; this is just preamble. Digression, in other words.

I got a Love Letter from the IRS in my mail bundle last week, letting me know I’m gonna get “stimulated” to the tune of 900 Yankee Dollars. That would be $600 for me and an additional $300... only because this happened to be my year to claim the Bobby (SN3) Exemption. That didn’t seem quite fair to me, so I fired off a note to The Second Mrs. Pennington explaining my views and further asking if she would accept my check for $300, which I would write as soon as the IRS sent me MY check. TSMP graciously accepted my offer.
Further review of the IRS’ Love Letter revealed I wouldn’t have to “do” anything…as the IRS intended to deposit this money in my bank account via direct-deposit, just as they did with this year’s refund. So, quick like a bunny after re-reading the form letter I called my credit union’s interactive voice response system and… imagine my surprise! The frickin’ money has been in my account since the ninth of May. I'm SO clue-free at times.
The gub’mint is oh-so-quick about collecting what they think you owe ‘em every year, but this is the first time I can remember them being equally quick about giving me my money back. Good on ‘em, in other words.
I still think the whole “stimulus” thing sucks. Big Gub’mint meddling in the market economy and all that… aside from the fact it's the frickin’ Chinese and Korean economies that will be “stimulated,” not ours… unless you spend the money on beer and hookers. A great portion of my “stimulus” will go for the former. I don’t feel up to a road-trip for the latter. Which is probably just as well. (I hope you realize I’m joking, Gentle Reader. Sorta.)
(Image from fusilly.com)
―:☺:―
Miscellaneous Moans, Groans, Bitches, and Complaints Dept: Forgive me, but I’m gonna whine for a minute or three. 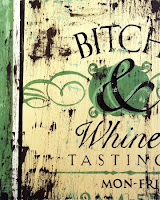 First: The weather sucks. It’s hot. It’s humid…which is oh-so-rare for The High Plains of . The wind is up and therefore so is my awning…which leaves El Casa Móvil De Pennington bearing the brunt of full sun on its flank. Which, in turn, makes my AC run continuously. And makes me warmer than I wanna BE.
Second: I’ve had neither beer nor cigar for nine consecutive days, which may be some sort of record for me in my retirement. This, too, sucks.
Last: I still hurt but I’ve managed to avoid the industrial-strength painkillers for the first time since my procedure. Dunno how long that’s gonna last, though. The post-op pain is much worse than I thought it was gonna be, by an order of magnitude. Constant pain is psychologically debilitating, or at least it is for me. I don’t “do” sick and/or pain very well. I’d be a lousy hockey player.
There. I’m done. Dunno about you, Gentle Reader, but I feel a little bit better.
And the Wings play tonite, too. I might try a beer along with the game. Maybe. Maybe not.
(Image from art.com)
Committed to the Inter-tubes by Buck on 5/28/2008 02:50:00 PM

Email ThisBlogThis!Share to TwitterShare to FacebookShare to Pinterest
Labels: Get Off My Lawn, Medical Shit, Politics