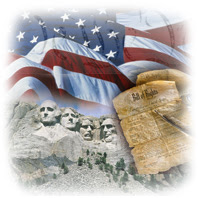 We’ve been going on a bit about voting and such in the comments to my recent Obama post. Keeping in the spirit of that discussion…here’s a civics quiz that’s a LOT harder than most of the fluff I’ve posted in the past (“fluff” refers to quizzes. mostly.).

I’m reasonably pleased with my results:

But you know what’s really sad, Gentle Reader? This:

I think this quiz should be given to everyone attempting to register to vote. Were I King, you wouldn’t be allowed to vote unless you scored a “C,” at the very minimum. Or maybe you could vote twice or more, as your score went up.

How did you do? Would you be allowed to vote in my kingdom?

Email ThisBlogThis!Share to TwitterShare to FacebookShare to Pinterest
Labels: Misc