Waiting for Some Serious Snow... 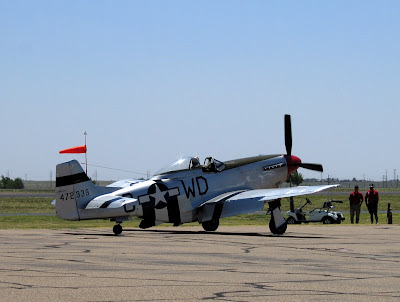 - and Iraqi forces arrested one of Muqtada al-Sadr's top aides Friday in , his office said, as pressure increased on the radical Shiite cleric's militia ahead of a planned security crackdown in the capital.

An adviser to Prime Minister Nouri al-Maliki, however, denied the government knew in advance about the raid, in which Sheik Abdul-Hadi al-Darraji was captured and said the detention was not part of the new operation aimed at quelling 's sectarian violence.

Al-Sadr said in an interview with an Italian newspaper published Friday that the crackdown had already begun and that 400 of his men had been arrested, confirming an earlier statement by al-Maliki. La Repubblica also quoted the cleric as saying he fears for his life and stays constantly on the move.

Al-Sadr told the newspaper his militias would not fight back during the Muslim holy month of Muharram, saying it was against the faith to kill at that time. Muharram starts Friday for Sunnis and Saturday for Shiites.

"Let them kill us. For a true believer there is no better moment than this to die: Heaven is ensured," he was quoted as saying. "After Muharram, we'll see."

Al-Sadr said he is being targeted.

"For this reason, I have moved my family to a secure location. I even have had a will drawn up, and I move continuously in a way that only few can know where I am," he was quoted as saying.

Militia commanders have said the Shiite prime minister has stopped protecting the fighters under pressure from and have described pinpoint raids in which at least five top commanders of similar standing were captured or killed in recent months.

This is a fairly long article that goes into some detail about recent actions to curb the Iraqi militias. The troubling bits are in the first two paragraphs, to wit: "There was no coordination with the Iraqi political leadership and this arrest was not part of the new security plan…" If we had coordinated the action, would the arrest still have taken place? Will this aide remain in custody? Will he be charged? Lately there are positive signs coming out of , not the least of which is that 400 Mahdi Army men have been arrested. The fact that al-Sadr thinks he’s being targeted isn’t bad news, either. “Targeting” al-Sadr is one thing, killing him is quite another. And you know where I stand on that issue.

Related: Charles Krauthammer proposes a “Plan B,” to be exercised in the event al-Maliki doesn’t deliver the goods where the new security plan is concerned. It sounds plausible, to me.

Even though we have some 150,000 troops in harm’s way and we universally profess to “support the troops,” over 1/3 of our society either wants them to fail or doesn’t know if they want them to succeed. Even more chilling are the results regarding our currently dominant political party. 49% of Democrats either want us to lose in or “don’t know” if they want us to succeed.

This in reaction to a Fox News/Opinion Dynamics poll that asked the following question: “Do you personally want the plan President Bush announced last week to succeed?” Overall, 63% of those polled replied “yes,” 22% said “no,” and 15% said they “don’t know.” Mr. Barnett is absolutely correct in his observation that we’ve gone “through the looking glass.” My immediate reaction was WTF? How can this be? Dr. Sanity says it’s because we’re in denial, serious denial, and she identifies some root causes for the condition. Some of the Good Doctor’s prose is a bit strident, but she does make some valid points.

More on the Fairness Doctrine today in the NY Daily News:

With Democrats mattering a little more in these days, some Democratic liberals are pushing for the reinstatement of radio's Fairness Doctrine.

Don't expect it to happen anytime soon, although Sen. Bernie Sanders of and representatives Dennis Kucinich of and Maurice Hinchey and Louise Slaughter of are backing legislation to reverse the 1987 FCC decision that killed it.

Whatever its merits, even proponents see little chance it will be reinstated.

"Personally, I believe it was a good thing," says Dr. Kim Zarkin of Westminster College in Utah, co-author of the 2006 study "The Federal Communications Commission" (Greenwood Press). "But at this point, it would be like closing the barn door after the horse got out. There's almost no way to go back to it."

Even if Congress votes to reinstate it, Zarkin notes, President Bush almost certainly would veto it.

She also suggests that after 20 years without the doctrine, enforcement - always random, like with jaywalking laws - would be "nearly impossible. If you enforced it literally, you'd put big numbers of people out of work, because there isn't an Al Franken for every Rush Limbaugh."

All well and good. But this isn’t the way the Hard Core Left sees it. Let me quote:

As you might expect (and as pointed out earlier) the Wingnut crowd is not reacting well to the notion of the reinstatement of the Fairness Doctrine. I don't know why anyone's surprised. The Right Wing's whole stock in trade is peddling mendacious bullshit to the masses, so naturally the concept of media reform to them is like throwing water on the Wicked Witch of the West. ("MEEEELLLL-ting! MEELLLLLLL-ting! Oh, what a world! All my beautiful WICKEDNESS…MELLLLL-tiiiiiiiiiiing…!")

Let's just call a spade a spade here. The Right Wing toxification of the media environment, which began when Reagan struck down the Fairness Doctrine, has infected and corrupted our political apparatus in a potentially lethal fashion. See, the conservative world view looks like this: If two people are standing on the sidewalk and one looks up and says, "Oh, my god! There's a safe and it's falling straight toward us! Run!" You can tell the other person is a conservative when he says, "That safe isn't falling toward us. It's actually moving away from us so quickly that it only looks like it's falling on us. We're fine standing right here."

Say What? Hunh? And the rant goes on and on. After this little bit of “excellent writing” (so described because the author of the above bits claims that the Left writes “better” than the Right), said author goes on to invoke Hermann Goering (gotta bring the Nazis in), rails against “Pox News” (I love the affectionate sobriquets the Left creates), beats up on LaShawn Barber, and equates talk radio with hate speech. Isn’t that special!

{sigh} I’m not even sure why I read this clap-trap. My efforts at trying to see the other side’s POV just leave me feeling slightly unclean.

So. Sitting here, all snug like a bug in a rug (as Mom used to say), watching tiny little random flakes drift down out of a leaden sky. The forecast keeps changing but the winter storm warning remains the same: “BY LATE IN THE DAY SATURDAY...SNOW TOTALS OF 6 TO 12 INCHES ARE FORECAST FOR PARTS OF THE EAST CENTRAL PLAINS...” (Sorry about the caps, but I’m not gonna retype it. I’m lazy.) The snow is supposed to start out slow today (accurate, so far) and build in intensity throughout the day and into tomorrow. My larder is full and I’m all stocked up on every conceivable manner of consumable. And I have running water, too! So: Do your worst, Ma Nature. I can handle it.

Today’s Pic: Plane Pr0n! My favorite WW II fighter, the North American P-51, shot on the runway at the airport. .