ANOTHER Quiz and More Interiors

Don’t watch with cat lovers in the room. Don’t watch because…you will find yourself surprisingly unable to stop laughing. She’s your girlfriend, isn’t she? She’s known Mister Fluffy longer than you, right? Okay then DON’T CLICK. There will be other evenings you can spend on the couch later on. Sometimes domestic harmony is a good thing.

He’s right. But I don’t worry about domestic harmony any longer. So I watched. And laughed. Several times.

Whoo-eee, is this a trick question?

Hmm. I simply cannot make up my mind! But anyway…that question was towards the end of this quiz, which I also got from Morgan.


We had identical results, by the way. And I agree with the results (where I'm concerned; I can't speak for Morgan), for what that’s worth.

Even the is out to save the planet.

On Thursday evening, as scientists and officials put finishing touches on a long-awaited report about global warming, the landmark will switch off its 20,000 flashing light bulbs that run up and down the tower and illuminate the French capital's skyline.

The 's lights account for about 9 percent of the monument's total energy consumption of 7,000 megawatt-hours per year.

Five minutes. Well, that’ll help, won’t it? It’s all about the gesture! Other interesting stuff I learned at the link:

What a perfect name for a guy filling a perfectly useless position. I’ll bet he’s a Brit. Whattaya think? 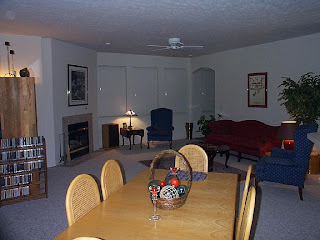 Today’s Pics: Just to further impress the women with what a great house I keep, two more interiors from that fabulous apartment in . Someday I may post the counter-point to these pics, which would be interiors of El Casa Móvil De Pennington on a typical day. Quelle horreur!! 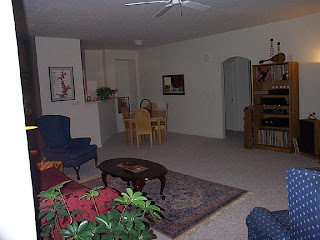