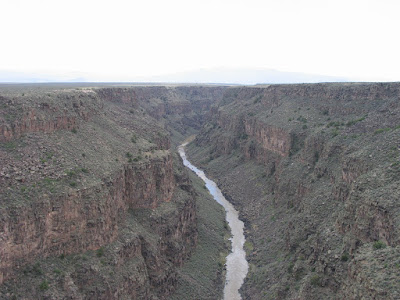 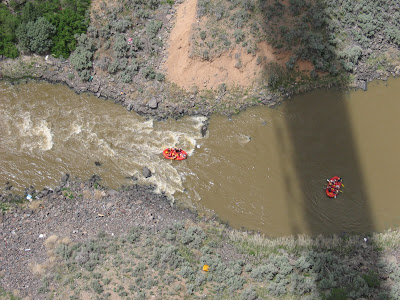 “You can do smoky burn-outs in these cars. It’s fun!” So sayeth my good friend and GM 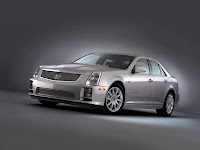 engineer Greg Prior, speaking about the Cadillac STS-V in a short video clip. You can see Greg in the 51-second video here; look on the right side-bar for the video titled “.” Greg knows from whence he speaks: he was the chief engineer and program manager for the Northstar SC, a 469 hp supercharged version of GM’s 4.4 liter Northstar V-8. If you’re an automotive techno-geek, you can read all about the Northstar SC here. That article also features a few quotes from Greg.
{sigh} If I still lived in I would have driven one of those STS-Vs by now. It wasn’t unusual at all for Greg to show up at my house in the dead of night (unannounced) and say “Hey! Are you busy? Wanna go for a ride?” We’d then proceed out to my driveway and get into one spiffy car or another…whatever Greg happened to be working on at the moment…and jet off into the night. “Former Happy Days,” indeed.
Not a Frickin’ word…not ONE…about this from the Leftie blogs. And “this” would be: Al Qaeda Sends a Message to Democrats. You didn’t see it on the news yesterday, either. I wonder why? Jules Crittenden has a round-up of right-side blog comment on the subject…
Talk to ? Here’s another good reason (in today’s Telegraph []) to answer an emphatic “No!” to that ridiculous suggestion…
As in , the history of 's involvement in has been complex, but rarely benign. During the Soviet occupation of the 1980s, the Iranians supported one of the fiercest Mujahideen groups. More recently, the Iranians helped hundreds of al-Qa'eda fighters to escape from following the coalition's military campaign to remove the Taliban from power in 2001. Recent intelligence reports have indicated that many senior al-Qa'eda leaders — including two of Osama bin Laden's sons — are still living in Teheran under the protection of the Revolutionary Guards, where they are being groomed for a possible takeover of the al-Qa'eda leadership.
Nor is 's involvement in the region confined to . The Iranians also have close links with , where they have been identified as one of the countries that bought blueprints for making nuclear weapons from A. Q. Khan, the so-called "father" of 's nuclear bomb.
The thrust of this Telegraph op-ed is that is seriously involved in , and its Revolutionary Guards are playing a significant role in the attempt to destabilize the country. As it’s so often said: read the whole thing.
There’s GOOD News from , too.
Mullah Akhtar Mohammad Osmani was killed Tuesday by a airstrike while traveling by vehicle in a deserted area in the southern , the military said.
Osmani was the Taliban’s chief military commander in southern and played a “central role in facilitating terrorist operations” including roadside bombs, suicide attacks and kidnappings, the said.
Osmani reportedly was just below Mullah Omar in the Taliban hierarchy. Good riddance.
Today’s Pic(s): Two shots of rafters on the , just outside of . May, 2004. As always, click for larger.
Committed to the Inter-tubes by Buck on 12/23/2006 09:05:00 AM