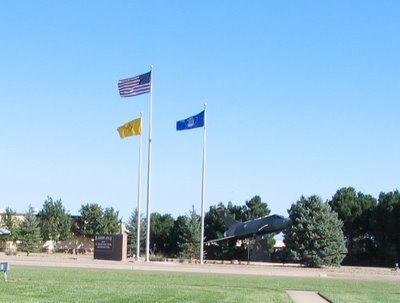 I’m feeling a bit snake-bit of late. The latest glitch in life: my CD/DVD drive will not recognize blank discs, therefore I’m unable to burn CDs/DVDs. The drive wouldn’t recognize any discs, at all, until I did a system restore to a “known good point,” which I arbitrarily selected as the day before I got my last automated “update” from Bill Gates and Co., which, more often than not, appears to completely hose my system. So…I can now “read” CDs and DVDs, but I still cannot record. And all this after aborted on-line troubleshooting with Gateway. I say “aborted” because I made three attempts, only to have my wonderful semi-reliable network connection go belly-up in mid conversation with Gateway. THREE frickin’ times! As I said, snake-bit.

And why does this matter? Because I was going to mail SN3 a CD with all the Flat Stanley pics I took during Stan’s week-long visit. But I cannot. Thank God for the web, because there’s always the blog with the small versions of the pics I took…but only half of the pics. {Sigh}

No news, no politics. There’s more than enough frustration in life today without adding to it. So I’ll spare you my rants and raves…about politics, anyway.

That said, here’s a cute comment on some Moonbat blog I read yesterday:

LOL! Gotta remember that one! I left the link intact on the comment, in case you want to see what I was reading. The post is typical of the “reality-based” community and the comments are, too.

Goes without sayin’, but I’ll say it: It’s Saturday, so it’s football. All other issues, problems, and frustrations are put on hold for the day.

Today’s Pic: The flag poles at the entrance to Cannon AFB and an F-100 on a stick. Taken Thursday, . There’s just something that stirs my blood about seeing the National, , and Air Force flags waving proudly in the breeze.