So, there I was... going through the overnight mail, a piece-part o' same bein' a missive from Amazon concerning new music releases.  Which is where I saw this:


That's the cover art from a new Pink Floyd album due to be released in November.  Here's an excerpt from the Amazon editorial review:


In 2014 David Gilmour and Nick Mason re-entered the studio and, starting with unreleased keyboard performances by Richard Wright, who sadly died in 2008, added further instrumentation to the tracks, as well as creating new material. The result is The Endless River, including 60% of recordings other than the 1993 sessions, but based upon them. The title is a further link, '... the endless river...' being part of the closing phrases of High Hopes, the final song of the previous Pink Floyd album.

In other news... what's Sunday without an EIP re-run?  I was curious about how many times I've mentioned Pink Floyd here at EIP and it turns out that I've posted quite a bit about them.  Not too surprising, eh?  Here's one such mention, which is pretty much a throw-away when it comes to Pink Floyd: 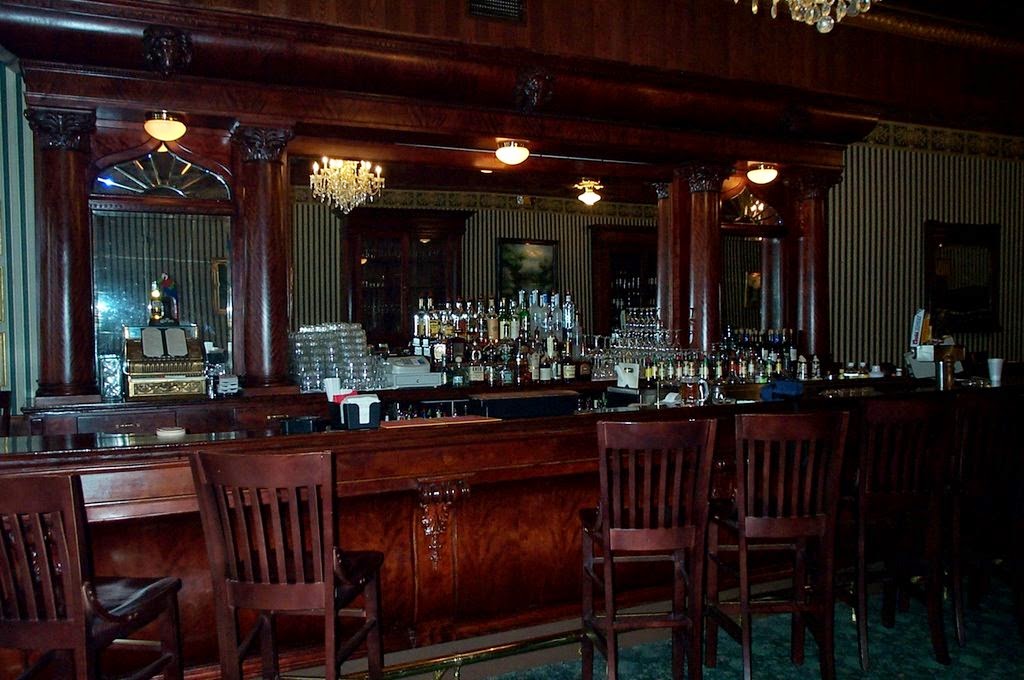 I watched a re-run of Frontline’s Secret History of Credit Cards on PBS last evening, and absorbed some distressing facts on how Americans use credit cards, and much more distressingly, how banks exploit credit consumers. “Exploit” is a pretty loaded word, but it fits. I would say that, as a capitalist, I’m somewhat conflicted about this exploitation, but I’m not. The principal of Caveat Emptor should apply here, in other words, an intelligent individual would avoid the exploiters and do business with banks that are on the up and up. But they’re all in the consumer exploitation business. When it comes to credit cards, the contract language banks provide you is so opaque and so lengthy and so fraught with legalese that no one, and I mean NO one, short of a contract law attorney, can understand the damned things. And nearly no one reads ‘em, either. According to Frontline, anyway, and I tend to believe the assertion because, well, I’ve never read mine.

And worst of all, there is nearly NO limit on the interest banks can charge on credit card accounts. You may thank the Supreme Court’s Marquette Bank decision, which effectively eliminated usury laws, for that. (Details here.)

What allowed Wriston to make good on his threat to leave New York was a little-noticed December 1978 Supreme Court ruling. The Marquette Bank opinion permitted national banks to export interest rates on consumer loans from the state where credit decisions were made to borrowers nationwide.

So by early 1980, with New York refusing to go along, Citibank set out on a search for new place to base its credit card division. The pickings were slim. Usury laws were still on the books in the vast majority of the states. And federal banking rules required that before banks could set up operations outside their home state, a formal invitation had to be issued by the legislature of the state they wanted to enter. Local bankers had prevented any state legislature from ever extending such an invitation.

In an effort to stimulate the local economy, South Dakota was in the midst of eliminating its usury laws. Mr. Wriston told Mr. Janklow that if South Dakota would quickly pass a bill inviting Citibank into the state, he would bring 400 jobs. To preempt concerns from local banks about new competition, Citibank also promised to open only "a limited" bank. "We'll put the facility in an inconvenient place for customers and we'll pay different interest rates," Mr. Wriston recalled telling Mr. Janklow. "All we want to do is use it to issue cards.''

I learned my own personal credit card lesson back in the early ‘70s, before the Marquette decision. I’ll not point fingers or anything, but I cut up three or four cards at that point in time and paid off the balances, slowly but surely. It took me over five years to pay the bastards off, and that was at extremely modest interest rates, compared to today. I’ve not paid a penny in interest since. Well, not entirely true. I’ve paid interest once or twice. But it’s REALLY a rare occurrence. I know one thing, though. I’m awfully damned glad I’m not in the same credit card debt situation today as I was back in ’72.

I know another thing, too. The banks need to clean up their act when it comes to credit cards. It’s way past time. If they refuse, then it’s time for the government to step in. As I said in the beginning, as a good capitalist I should be conflicted on this issue. But I’m not. Wrong is wrong. Period.

This is The Weather Channel…and this is The Weather Channel On Drugs… So, I’m standing in the kitchen around 2030 hrs last evening, finishing up the dishes and just generally cleaning up. I have the Tee Vee tuned to the WX Channel, “Your Local on the 8s” comes on, and my head just whipped around. Nothing to see but the familiar blue screen with WX data, but what’s this? Pink Floyd’s “One of These Days?” Yes, it most certainly is! I’ll be damned…

You may have heard the song before, even if you’re not a Pink Floyd fan. For instance:

"One of These Days" is the song playing over the end credits of the Sopranos episode "The Fleshy Part of the Thigh".

"One of These Days" is featured in "The Lives of the Stars" episode of Carl Sagan's television documentary Cosmos.

And now The WX Channel. On drugs. A one time good deal, perhaps, or a momentary lapse of reason? Because the next and subsequent “Local on the 8s” had the usual innocuous, unidentifiable, guitar soft jazz background muzak music. I like Floyd better.

Speaking of weather…The storm that cut its teeth over the High Plains night before last through yesterday morning is kicking butt and taking names as it moves east and north. We only got a burst of bone-chilling cold and a dusting of snow, but the intersection of that cold front and moisture from the Gulf has dropped anywhere from eight to ten inches of snow on northern Oklahoma and southern Kansas. The St. Louis area was suffering from a pretty good ice storm, with the usual mass power outages ice storms bring. And it ain’t done yet. Not by a long shot. Look out, East Coast…here she comes!

It definitely could have been worse here on the High Plains.

When Terror Strikes… My propane tank went to “empty” overnight, as I strongly suspected it would. After all, our high yesterday was only 35 degrees and the low last night was in the mid-teens. In other words, maximum furnace run-time. The interior gauge LEDs indicate empty, but there’s probably a gallon or so left in the tank. So, at 0800 this morning I make the call to the propane company in order to get in at the front of today’s queue. The nice lady on the other end of the phone sez: “OK, I’ll tell Albert to stop by, but it’ll probably be late this afternoon or early tomorrow morning. He had to go to Roswell this morning to get the truck inspected.”

After I told her I was “on empty” she assured me Albert would be by this afternoon. Good thing we’re warming up today. My brand new little ceramic heater should be able to hold the heating front until the heavy artillery arrives.

Speaking of ceramic heaters... I bought a new one yesterday, the fourth such in six years time. The danged things seem to get less and less efficient as time goes on, until they reach the point where you generate more heat by passing gas than the heater does running on full-stroke. In other words, they wear out. Faster than I think is acceptable, but that’s just me. I switched brands this time, moving from a Holmes heater to one made by Honeywell. In China, of course. Don’t get me started on that subject.

Today’s Pic: The interior of one of our local watering holes: The bar in The Roosevelt Restaurant. This bar is a great example of those old mahogany bars one found throughout the US in the 19th century. This particular example was found in an old abandoned bar near Roswell, disassembled and trucked to Portales, where it was lovingly and beautifully restored. The Roosevelt is the one place in P-town where you can get a good single-malt or small-batch (read: boutique) bourbon. January, 2003.

Ah, Former Happy Days, part IV or V... which is to say when we were still in El Casa Móvil De Pennington and when we were generating blog posts that actually had some content.  The Roosevelt is also a memory at this point in time but that magnificent bar still exists in the Italian restaurant that took The Roosevelt's place.  We're happy about that, dontcha know.
Committed to the Inter-tubes by Buck on 10/12/2014 11:07:00 AM