“I think Bachmann’s chances of landing on Jupiter are higher than her chances of being nominated,” Republican strategist Mike Murphy told me in an April interview for Washingtonpost.com. 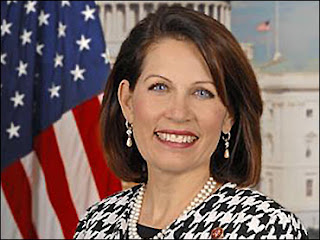 Well, get ready for an interplanetary expedition. Bachmann is a far more serious candidate for the Republican nomination than her reputation would suggest. She’s a talented fundraiser who raised $13.5 million for her 2010 reelection campaign. She’s a television star who appropriately tailors her message to her audience. Her combativeness will delight conservatives eager to fight Barack Obama. Her movement credentials—she founded the House Tea Party Caucus—put her at the cutting edge of right-wing politics. And in a primary campaign where authenticity counts, no other candidate has Bachmann’s unique history: an Iowa native who put herself through law school, raised her five children and took in 23 foster children, and has never lost an election for state or federal office.

Since 2009, millions of Americans have attended rallies, joined Tea Party groups, and become involved in politics. They’re scared for the future of the country, and they want to stop America’s decline. Many of these activists are parents or grandparents who simply weren’t political before government policies drove them into the arena. Michele Bachmann is uniquely positioned to speak to these voters—because she’s one of them.

The two women (ed: Mrs. Palin and Mrs. Bachmann) are compared constantly. Both have five children, both are Christians, both were drawn into politics through their children’s education, and both are Republicans whom Democrats love to hate.

But there are also some differences. Whereas Palin makes emotional and cultural appeals to her supporters, Bachmann formulates an argument. She talks like a litigating attorney, and her speeches, op-eds, and interviews are littered with references to books and articles. Not all of her references are conservative. During our recent interview, Bachmann cited Lawrence Wright’s history of al Qaeda, The Looming Tower (“I love that book!”), to illustrate a point about the rise of radical Islam.

I'd also submit that Mrs. Bachmann has a much more impressive background and record of accomplishment than Mrs. Palin.  But that's just me, of course, speakin' as a much derided and frowned upon "Palin hater" in some circles.  I'm labeled as such even as my writings consistently demonstrate I like the woman, I just don't want her to run for president.  But we digress.
Mrs. Bachmann piques my interest; I like both her style and as much of her substance as I've seen to date.  I've not yet decided who will get my vote in next year's presidential primary but Mrs. Bachmann is a contender.  The leading contender, as of this moment.
Committed to the Inter-tubes by Buck on 6/26/2011 11:43:00 AM