It's Another One of Those Days... 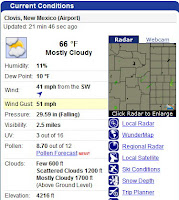 ... 51 mph wind gusts ain't a whole helluva lot o' fun but at least it's warm.  I tried to capture the billowing clouds o' dust whipping by my window but wasn't successful in my photographic endeavors.  Rest assured the dust is most impressive, Gentle Reader, albeit not in a good way.  We'll have some major cleaning to do... as in wiping down ALL the horizontal surfaces in El Casa Móvil De Pennington... when it calms down later on.
But Hey!  Better than ice. 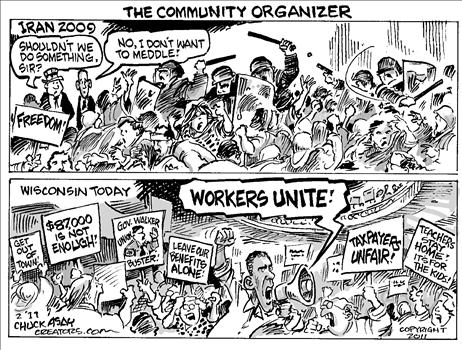 Not only Iran a couple o' years ago but Tunisia, Egypt, Bahrain, and Libya, too.  And just in case ya missed it, Hitch takes the piss out o' The One with the bitingly funny and accurate "Is Barack Obama Secretly Swiss?" in Slate.  The first couple o' grafs:

However meanly and grudgingly, even the new Republican speaker has now conceded that the president is Hawaiian-born and some kind of Christian. So let's hope that's the end of all that. A more pressing question now obtrudes itself: Is Barack Obama secretly Swiss?

Let me explain what I mean. A Middle Eastern despot now knows for sure when his time in power is well and truly up. He knows it when his bankers in Zurich or Geneva cease accepting his transfers and responding to his confidential communications and instead begin the process of "freezing" his assets and disclosing their extent and their whereabouts to investigators in his long-exploited country. And, at precisely that moment, the U.S. government also announces that it no longer recognizes the said depositor as the duly constituted head of state. Occasionally, there is a little bit of "raggedness" in the coordination. CIA Director Leon Panetta testified to Congress that Hosni Mubarak would "step down" a day before he actually did so. But the whole charm of the CIA is that its intelligence-gathering is always a few beats off when compared with widespread general knowledge. Generally, though, the White House and the State Department have their timepieces and reactions set to Swiss coordinates.

There's much more at the link and it's great good stuff, too.  When it comes to the Wisconsin brouhaha you should be reading Ann Althouse.  Her comments, observations, and videos are simply priceless.
Committed to the Inter-tubes by Buck on 2/27/2011 11:38:00 AM