Confession Is Good for the Soul

Or so I've heard.  I just made a small confession in comments to a rather quirky post over at The Mayor's place and thought "what the Hell, the statute of moral limitations has sorta run out on this one, so I'll blog it."  My comment: 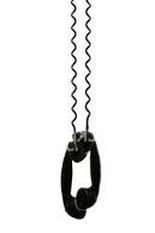 Apropos of nothing, I really was a volunteer at a community suicide prevention hot line once upon a time in the way-back.  I'll reveal one of the most shameful things I ever did in my life now, heretofore known to only a select few.  A select VERY few.  One of the other volunteers and I (we worked in pairs) took the phones off the hook for about a half hour one night so we wouldn't be interrupted while we engaged in other (and MUCH more pleasant) activities on the floor of the center.  It was worth it, in the end, and we consoled ourselves by sayin' it was a slow night.  Coz it was.  Sorta.

True story.  My partner in this episode of severe dereliction of duty was my kinda-sorta girlfriend; she was more like a friend-with-benefits, mainly because the woman had... umm... "other commitments" at the time.   This happened in the very distant way-back, at a time long before my moral code was firmed up, signed, sealed, and delivered.
And now you know one of my deepest and darkest secrets.  If there's any rationalization or justification for the above it would be this: the suicide intervention center I worked at had no record of any "saves" during the 18 months I worked there.  Our clientele mostly consisted of drunk, lonely, neurotic women who just needed someone to dump on... we even had a few "regulars."  So there's that.  But I don't really need to rationalize the activity at all, in the end it was worth it.  Just sayin'.
Committed to the Inter-tubes by Buck on 1/31/2011 12:17:00 PM

Email ThisBlogThis!Share to TwitterShare to FacebookShare to Pinterest
Labels: Sex and Wimmen