Yet Another Senior Moment

We're just in from our errands... which were mostly about renewing the beer supply... and were thinking on the way home: "Damn.  We've been here for eight years now!"  In so doing we also realized we'd let the eighth anniversary of our arrival on The High Plains of New Mexico slip right by without a celebration of any sort.  Not that we need a cause to celebrate, coz we don't, yet still: it's a milestone.  Of sorts.
So.  We dug into the archives and found a few shots we took shortly after our arrival on THPoNM.  Here's a windshield shot from December 16, 2002, taken on the last leg of our trip. 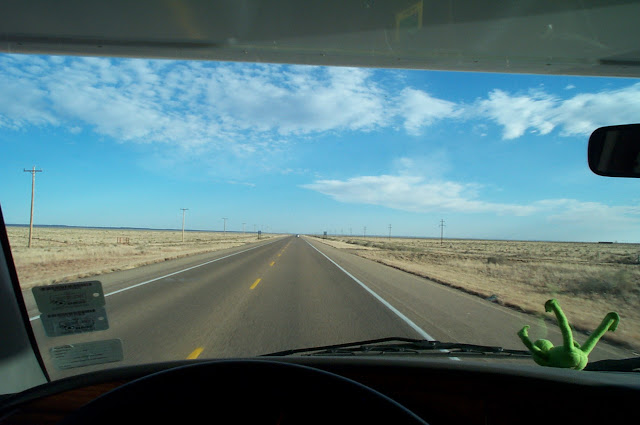 We were just south of Santa Rosa, inbound to P-Ville.  Exactly one week later: 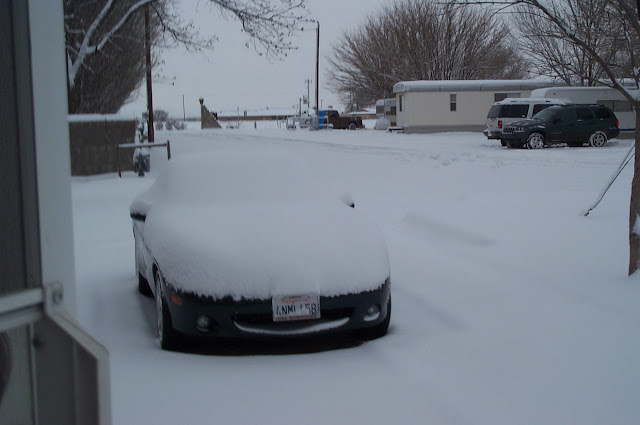 Did we dodge a travel bullet, or what?
Here are two from Boxing Day, 2002: 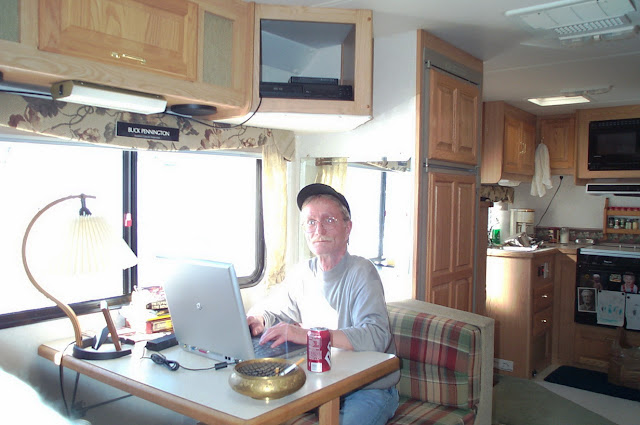 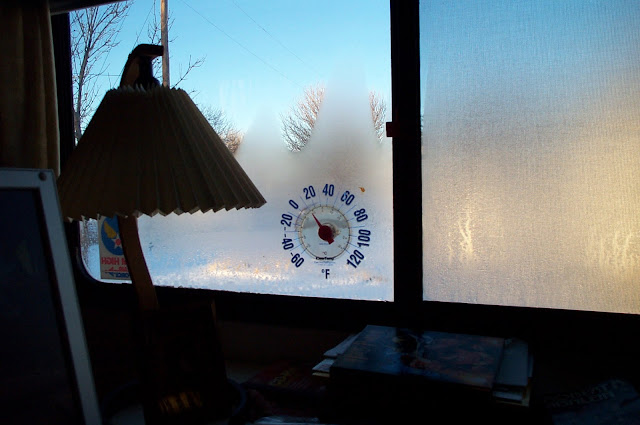 It was COLD that year, Gentle Reader.  The pic above was taken around 1300 hrs according to the meta data associated with the file and it was only ten degrees outside.  I'm pretty sure that was our high for the day.

And we were oh-so-much-more neater then, too.  Here's virtually the same shot, or at least taken from the same angle (sorta) on Christmas Day: 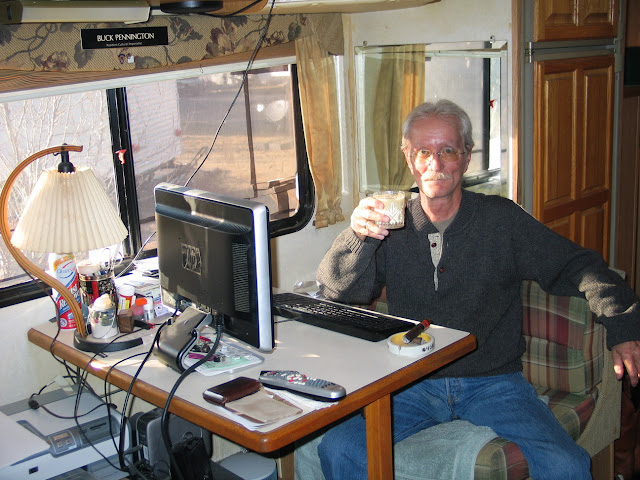