From NatGeo, where this vid (Ed: I removed the vid, the code didn't work.  But go to the link and watch - it's good.) comes from...

"The Eiffel Tower pulses like a nagging cell phone, weekday traffic on Place de la Concorde snarls and honks, sidewalks along Rue de Rivoli resemble ant colonies, cafés jam and jangle, waiters frazzle, market vendors push and pull, hawkeyes snag park chairs. . . . Every week of the year I pray for Sunday. And when Sunday comes here in Paris, where I live, I pray for August."

So begins "The Longest Sunday," the cover feature of our July/August issue, written by James Morgan, which celebrates the quiet lull of the City of Lights when many of its residents have left for their August vacations. Watch the video, above, and get a sense of how Paris feels on these lazy summer days.

What do you love most about Paris in August?


Back to Paris in August... been there, done that.  The sole two surviving tee shirts from that trip (click for larger, click twice for largest)... 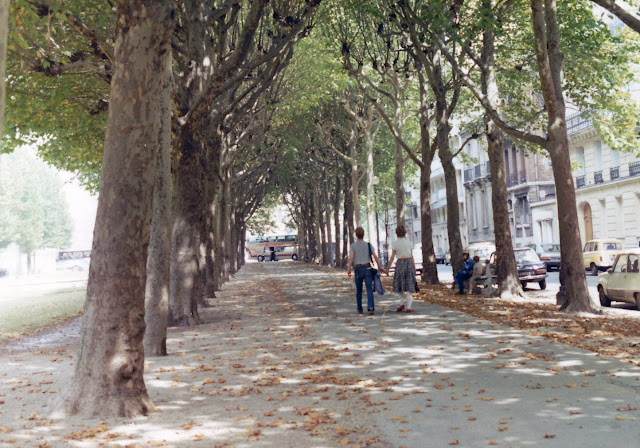 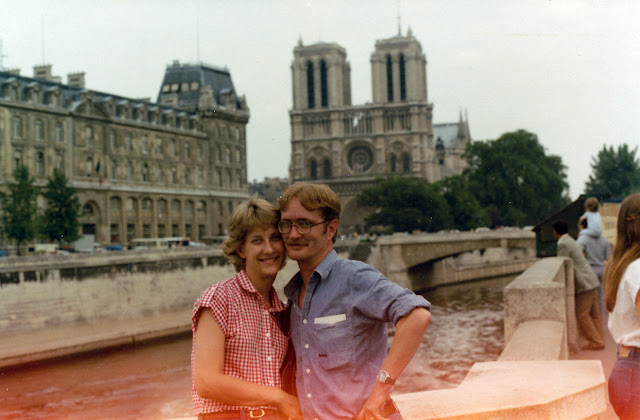 Sur La Seine près de Notre-Dame
When we lived in London in the early '80s The Second Mrs. Pennington and I were lucky enough to have a friend who had a flat in Paris.  Said friend was a colleague of TSMP's at London Central High School and he lived in London most of the time.  The flat in Paris, when vacant, was available to his friends just for the asking and we took advantage of his kindness.   Paris is fun anytime, as Mr. Sinatra noted; it's MUCH more fun when you have your own space... and that space is free.