Fast Times At Ridgemont When I Was High

High on LIFE, Gentle Reader... high on life.  And mo'sickles.  There were a few previously unpublished pics of mo'sickles-past lurking in the pages of those photo albums I brought home from SN2's place.  You know I'm gonna post those, so we might as well get started.  First up: my old RD350LC.  Here she is up against the wall, a position we rarely found ourselves in, metaphorically speaking. 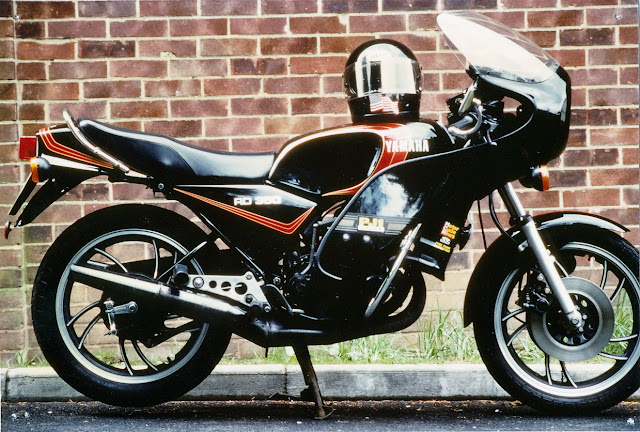 If that pic looks somewhat familiar it's only because it is.  We previously posted this pic of the happy couple: 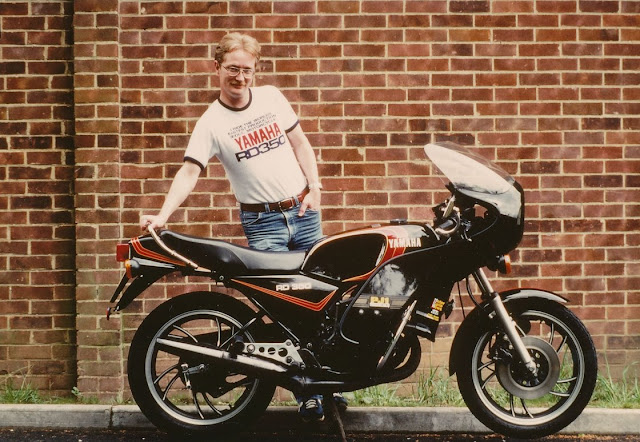 And then there's this, taken on the same day as the above but in a different place.  The day would be the day I sold her in June of 1983 (she wasn't street-legal in the USA and I was going home) and the place is High Wycombe Air Station where I lived during my three-year all expenses paid (courtesy of the USAF) vacation in London. 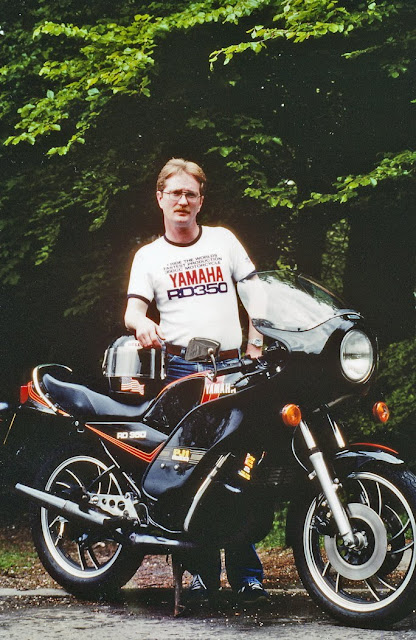 I kinda like that shot because you can read the tee shirt I'm wearing in the full-size version of the pic, to wit:

That 350-cc number prolly sounds laughable to Americans who routinely think "Harley" and big-ass 96 cu. in. (1600 cc) motors when they think of bikes, which is rarely (unless you're a biker).  But lemmee tell ya, those 350cc's made mince-meat out of many a cruiser back in the day and sport bikes twice its size, too.  That was one hella quick and fast mo'sickle and it could carve a corner like few others.  Fast times, indeed.
Here's the best bike I ever owned... it edges out the 350LC by only the tiniest of margins... my RD400D.  The first pic is the bike in box-stock configuration, the second is in its current mildly-modified condition: 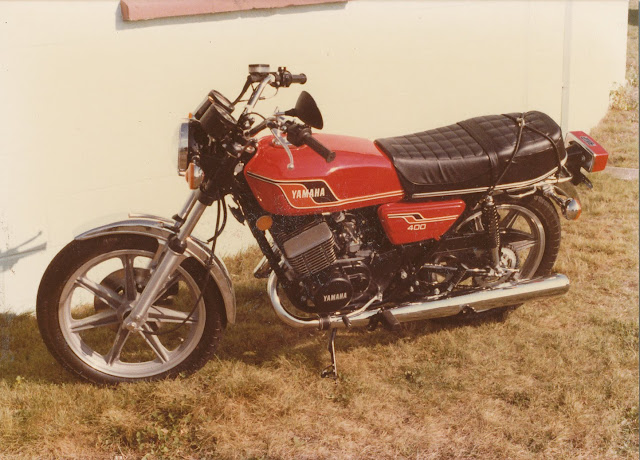 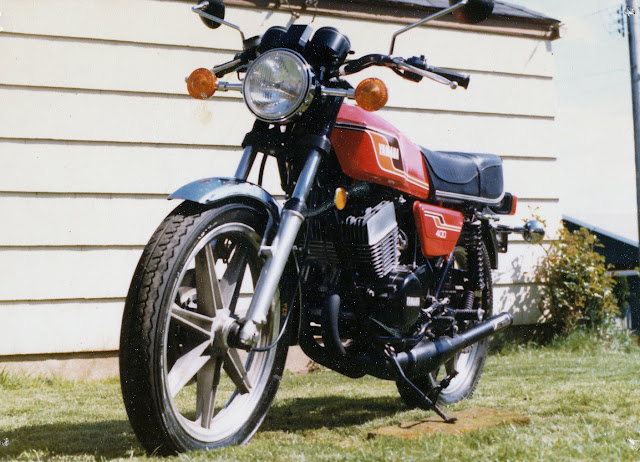 Modified
I spent the winter of 1978 in my garage working on that bike.  Most of the mods were bolt-ons, which is to say after-market shocks, new handle bars, rear-set foot pegs, a brake/shifter kit, electronic ignition, and better tires.  The cognoscenti will note the expansion chambers on the bike and those were part of the minor engine mods I did.  I didn't want to build a hand-grenade motor so I just added expansion chambers, larger carbs, and K&N air filters to improve the bike's breathing.  I also polished all the cylinder ports to improve air flow.  And that was it... but the finished product really wailed.  I should also mention coastal Oregon was a danged fine place to own a back road burner like the RD, too.  Even more fast times.
Here's a previously posted and MUCH prettier pic of the stock RD: 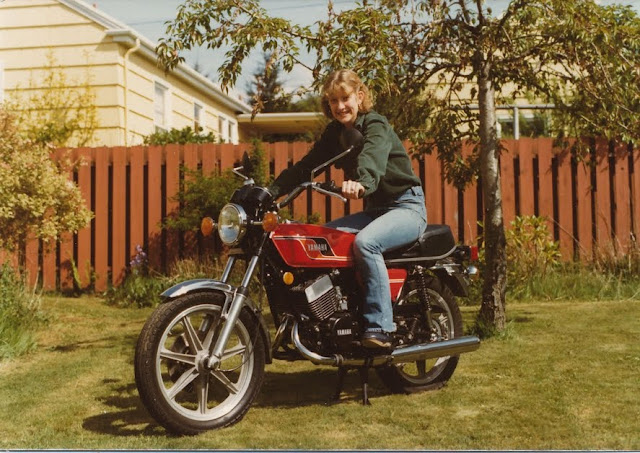