I had occasion to go searching out these pics last night, as I knew they were all in one place and I had need of 'em.   I figger only about two of you Gentle Readers have ever seen these before, given the age of the original post.  Ergo, re-run. 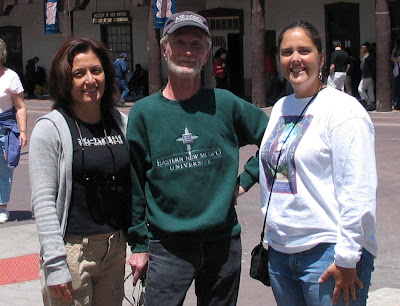 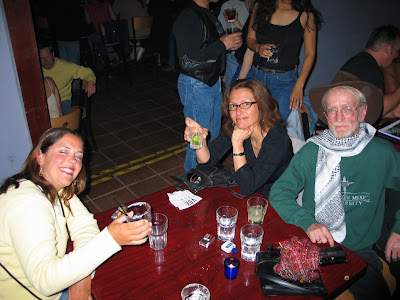 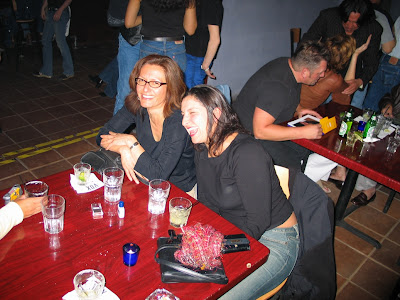 
First pic: On the Plaza in the morning, sober as three judges.

Second pic: (Much) Later that same day in a local cantina towards the end of the evening. Take your best guess as to our sobriety. Much fun had by all.
Pics one and two were taken by good friend Cory, who's on the right in pic three.

I think the contrast is amusing... if nothing else.  Well, there's a lot else... specifically: three beautiful women.  Amy, Catherine and I were co-workers at the small firm I worked for in SFO from 2000 - 2002; Cory was Amy's roommate once upon a time.  And all three women are a riot to party with!  As you might can tell from the contents of our table... mucho tequila fue bebido esta noche!
Committed to the Inter-tubes by Buck on 8/26/2009 12:01:00 AM