Several of you Gentle Readers mentioned the fact that you and your chilluns go to the “NORAD Tracks Santa” site every Christmas Eve. I came across this back-story of how Google got involved with the effort and the history is pretty cool, both from a techie perspective and in a general, human interest sort of way. Excerpts: 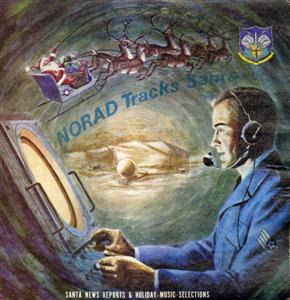 When I look back on four years of tracking Old St. Nick on Christmas Eve, I can't help but smile. The Santa tracker has really come a long way. I always thought NORAD's Santa Tracker was a great holiday tradition, but I felt like it could have been even better if people could visualize exactly where Santa was on Christmas Eve. So in 2004, shortly after Keyhole was acquired by Google, we followed Santa in the "Keyhole Earth Viewer" — Google Earth's original name — and we called it the "Keyhole Santa Radar." The audience was relatively small since Keyhole was still a for-pay service at that point, and we hosted everything on a single machine shared with the Keyhole Community BBS server. We probably should have had three separate servers to host the Santa tracker — that first year, we had only a portion of a single machine. That night, about 25,000 people kept tabs on Santa and, needless to say, wreaked some havoc on our servers!

In 2007, Google became NORAD's official Santa Tracking technology partner and hosted www.noradsanta.org. In addition to tracking Santa in Google Earth, we added a Google Maps tracker and integrated YouTube videos into the journey as well. Now, we had Santa on the map and on "Santa Cam" arriving in several different locations around the world, with commentary in six different languages. The heavy traffic — several millions of users — put Google's infrastructure to the test, but with some heroic work by our system reliability engineers, the Santa Tracker worked continuously.

Great good stuff, this. I think you’ll like it.

(The image is an album cover from an album titled “NORAD Tracks Santa” which is apparently available for download (here)… although I didn’t try.)