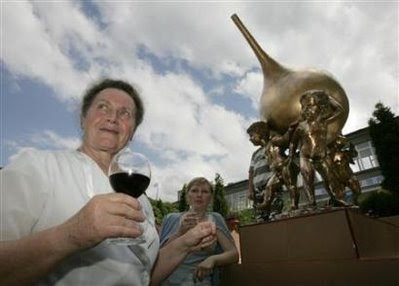 People drink wine at the unveiling ceremony of an enema syringe in a sanatorium in the southern Russian spa town of . A health spa in has unveiled a bronze monument of three cherubs carrying an enema, a design inspired by the 15th century Renaissance painter Sandro Botticelli.

I was gonna post this straight up, without comment. But one just knows Botticelli is spinning, not rolling, in his grave. Good Grief.