Delay, Snark, and a Puzzle

Stop Presses! This just in… Well, not really “just in.” Yesterday afternoon a work crew from Yucca Telecom’s fiber-laying contractor were wandering around the perimeter of El Casa Móvil De Pennington, looking a bit puzzled and irritating the Hell out of the neighbor’s dog…who was barking madly while snarling, leaping, and straining at the rope she’s tied to. Much noise, in other words. I opened the window and asked “Whatcha guys doin’?” I got a question back in return: “Is your neighbor home?” Well, I think not, as Tara (the dog) had been barking for…oh…six minutes straight (my neighbor would never allow Tara to go on like that). I answered in the negative and asked “whatcha doin’?” again. Silly me… I assumed the crew had arrived to (a) install the on-premise equipment for my long-overdue fiber connection and (b) turn me up. Coz it IS mid-July and my fiber connection was due back in January. Or so.

So. My neighbor comes home about an hour later, the crew comes back and mucks around at the pedestal, and goes away. I never did see the follow-on guys. My best guess is this lil glitch will add about another month before I get my connection, what with installation, QA, testing, and “lighting up” the fiber. Which begs at least one question, Gentle Reader…where was QA when the fiber was put in the ground back in January/February? And why did it take so danged long for Yucca to realize the wrong fiber was in the ground?

Via Chap…a short, maximum-snark take-down of the Beeb in the most-recent Sunday Times (). Excerpt:

And Jana Bennett, the BBC's director of vision - whatever the hell that means - let the genie out of the bottle by calling for producers to inform her of any other programmes that may somehow have misled the public. Oh dear.

By lunchtime on Friday the queue of contrite producers outside Bennett's office stretched down and into the . The team behind The Crouchers and several other situation comedies confessed to having misled the public into believing that their programmes might contain some humorous element, when this was very far from the case. The executives behind the reality shows Celebrity Dog Handlers on Ice and I'm an Exhibitionist Moron, Give Me Some Money admitted suggesting that their programmes came under the heading public service broadcasting and were therefore worthy of the statutory licence fee, rather than ratings chasing dross.

Controllers of a host of BBC wi-fi hi-definition digital internet radio channels nobody anywhere - including Bennett - had heard of (available only in Islington) were forced into similar admissions about the “public service core broadcasting remit” of the BBC.

Then came the television news teams ’fessing up that they may have inadvertently misled the public over the single European currency, the inherent competence and decency of Hamas, Fatah and the Taliban, the desirability of unconstrained immigration and the notion that bunging loads of money in aid to Africa would solve that continent’s problems. 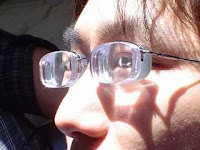 “Director of Vision.” Now there’s a frickin’ title for you! I don’t doubt for a second that there actually IS a “Director of Vision” at the Beeb. I scoured the innernets looking for a picture of Ms. Bennett, and this is the BEST I could come up with, Gentle Reader…

Vision. Every state-owned broadcaster needs it. Few, if any, actually have it. 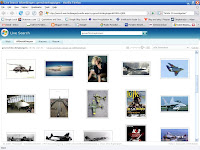 “One of these things is not like the other…” (All y’all can hum along, if you like) See if you can tell which item is different. Found while chasing another Site Meter Google MSN-search link. Danged if I know how that got in there… Oh, those wacky guys in Redmond!

OK, it’s past . Time to cut off the disorganized surfing and post.