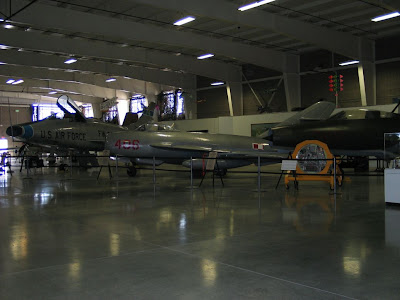 Saying all most of the right things… That would be Rudy.

In a potential preview of next fall's presidential contest, Mr. Giuliani, who is seen as the front-runner for the Republican nomination, directly attacked the leading Democratic candidate, Mrs. Clinton, over a speech she gave Tuesday in New Hampshire bemoaning the return of "robber barons" and promising to pursue "shared prosperity" by increasing taxes on Americans making more than $200,000 a year.

"This would be an astounding, staggering tax increase," Mr. Giuliani told reporters yesterday after a visit to a restaurant on the edge of California's Silicon Valley. "She wants to go back to the 1990s. … It would hurt our economy. It would hurt this area dramatically. That kind of tax increase would see a decline in your venture capital. It would see a decline in your ability to focus on new technology."

Mr. Giuliani clearly relished the chance to engage with Mrs. Clinton on the tax issue. He was even armed with some research about her past statements on the subject. " Mrs. Clinton, when she was in San Francisco a few years ago, was quoted as saying about the tax cuts, ‘We're going to have to take more from you to give it to the common good,'" he said. "My philosophy is to give you a little more back for the common good."

I posted a couple of throw-away links yesterday to comment on Her Hillaryness’ economic speech, given this past Tuesday in New Hampshire. And now at least one GOP candidate has come out and called Hill on her socialist BS. Good on Rudy. The rest of the GOP field shouldn’t be too far behind. One hopes.

There are lots of reasons why I tend to vote Republican rather than Democratic, but the “small government” and associated tax policies are perhaps the biggest of all. Well, that and the “surrender at any cost” thingie. Can’t forget that.

Naturally I hope the new immigration bill fails. It is less a bill than a big dirty ball of mischief, malfeasance and mendacity, with a touch of class malice, and it's being pushed by a White House that is at once cynical and inept. The bill's Capitol Hill supporters have a great vain popinjay's pride in their own higher compassion. They are inclusive and you're not, you cur, you gun-totin' truckdriver's-hat-wearin' yahoo. It's all so complex, and you'd understand this if you weren't sort of dumb.

But it's not so complex. The past quarter-century an unprecedented wave of illegal immigrants has crossed our borders. The flood is so great that no one--no one--can see or fully imagine all the many implications, all the country-changing facts of it. No one knows exactly what uncontrolled immigration is doing and will do to our country.

So what should we do?

Not a rhetorical question, that. Ms. Noonan offers up some common-sensical prescriptions. The only problem is that common sense ain’t all that common, now, is it?

The Seattle man is accused of illegally clogging the planet's inboxes with billions of illegal e-mails using hijacked computer networks.

You've probably heard from him, federal authorities say. Many times.
And with his arrest, you could see an immediate decrease in the amount of spam e-mail in your inbox, they said.

One expert estimated that the man agents dubbed the "Spam King" when they arrested him Wednesday sent billions, perhaps even tens of billions, of e-mails a day.

I’ve been rarely troubled by spam since I switched to g-mail, coz Google has the best anti-spam algorithms in the business. But that doesn’t mean I’m not celebrating. I hope the Feds throw the book at this SOB. Or worse…bringing back public flogging would be appropriate, doncha think?