SotU and Other Stuff 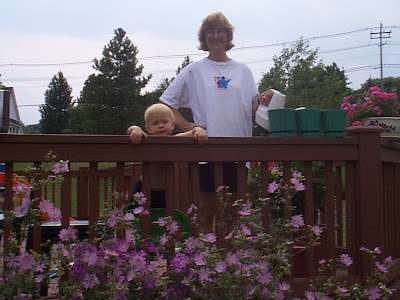 On the SotU… I give it a B+. Not quite A-level material, but damned good, none the less. Much, much better than his “new strategy” speech given in the White House in the recent past. It’s oh-so-obvious that an audience makes for better delivery, especially where Dubya is concerned.

I’m not the only one to note that Madame Speaker makes for a much more pleasing backdrop to the President during the SotU, as opposed to Cheney/Hastert, who most often appeared to be contemplating evil of some sort. Or maybe they were just bored. I found myself watching Madame Speaker at least as often as I was focused on Dubya, primarily for visual cues about her reactions to the President’s message. I will admit: she’s a damned good actress. And she applauded at the appropriate times for the most part. Would that her cooperation, support, and bipartisanship extended beyond making appropriate social gestures during a speech. But that would be asking a bit much, nu?

Captain Ed live-blogged the speech and it makes for interesting after-the-fact reading.

Speaking of Captain Ed… He wrote a good op-ed on Bill Richardson’s presidential candidacy in yesterday’s Examiner. The Good Captain’s salient point: ’s résumé is so far above and beyond the rest of the Democrat field as to make Barack and Hillary (just to name two) green with envy. Neither of the aforementioned two candidates have any executive experience and precious little contact with foreign affairs policy beyond a junket or three and the op-ed pages of the New York Times. But, Hey! lacks that je ne quois we call “charisma.” God Forbid the Democrats would go with expertise and experience… which, as Captain Ed notes, is a good thing for the GOP.

Lou has posted some first-hand Good News from her cousin, Captain Jim Lively, a Marine serving in . Capt. Lively and his men are training an Iraqi Army battalion in Ramadi. And Capt. Lively has good news to report…

Today’s Pic: Yesterday I posted a rather bleak and very snowy pic of the Ol’ Perinton Homestead. Well, my stay there wasn’t all frigid and bundled up, there were balmy moments. is very beautiful in the Spring and Summer. Here, from Former Happy Days, is visible proof - The Second Mrs. Pennington and SN3 watering the flowers on our deck. July, 1998.