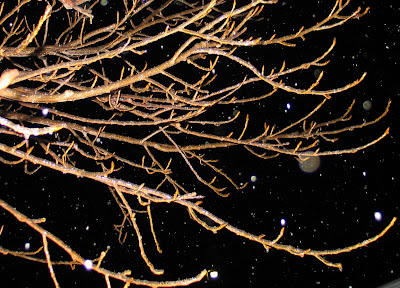 So…yesterday I linked a Rich Lowry column on slagging the MSM and a couple of bloggers’ reactions to same. It turns out there was a column wherein the MSM slagged the blogs, and in the WSJ, at that. Mr. Joseph Rago, a WSJ assistant editorial features editor, says:

Every conceivable belief is on the scene, but the collective prose, by and large, is homogeneous: A tone of careless informality prevails; posts oscillate between the uselessly brief and the uselessly logorrheic; complexity and complication are eschewed; the humor is cringe-making, with irony present only in its conspicuous absence; arguments are solipsistic; writers traffic more in pronouncement than persuasion...

Well, OK, but other than that, what else is wrong? C’mon Mr. Rago…tell us how you really feel! There’s one thing about blogs, however…the prose may be “carelessly informal” but it rarely drives one to the dictionary twice in the space of one short paragraph. But Hey! I’m not a journalist…

When I went to the dictionary to look up “solipsistic” (see above) I found this: “Dictionary.com Words of the Year 2006.” Interesting list. It contains:

I never realized one could vote on a Word of the Year. I have to pay more attention… (Thanks, Rago! You’re contributing to my continuing ed-u-ma-kay-shun!)

If it’s Thursday, it must be Susan… O, unrequited love! (Hey Rago! Bloggers are self-referential, too. Ain’t that irritating!)

Slow news day…this is the second item on memeorandum’s line-up at 0610 hrs this morning: Trump to Rosie: You’re Sued! Just how is Trump/Rosie more important than Ayman al-Zawahiri’s Christmas video (which, btw, is not so much funny as sad-but-true)? (Note to Rago: you forgot to mention bloggers are so superficial!)

Make of this what you will:

That’s in England and Wales, not the . Mohammed and/or Muhammad do not crack the US Top 100 baby names for 2005...they were numbers 622 and 652, respectively. “Jesus,” on the other hand, ranked as 2005’s 73rd most popular name in the . Nothing beats The Baby Name Wizard’s Name Voyager when it comes to naming baby, though. Nothing. (Ya gotta admit, Rago, bloggers give you more fun stuff than the MSM do.)

All that ice and snow we got here on the High Plains over the past two days remains on the ground. This morning’s sunrise was beautiful and somewhat ethereal, especially in conjunction with the patches of ice fog visible from my east-facing windows. We’re supposed to go into the high 40s today, so the snow will go…no White Christmas this year. (Yeah, I know, Rago. No one gives a dang about the weather in an obscure New Mexican town.)

Today’s Pic: I tried to post this pic night before last, but Blogger wouldn’t cooperate. I went outside after the second or third wave of freezing rain passed over P-Town and attempted to get some photos of ice forming on the tree branches. I was semi-successful. The result is above, and it’s…uh… “interesting.” 2030 hrs, . (OK, Rago, it’s original, if nothing else.)